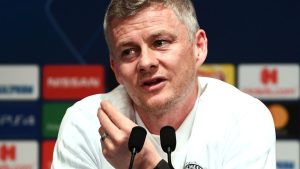 Norwegian professional football coach, Ole Gunnar Solskjaer, has reacted to the appointment of Darren Fletcher as a new coach at Old Trafford where he serves as a manager.

The Manchester United boss in his reaction on Monday following the arrival of the new coach noted that Fletcher would be a great boost to the club’s coaching staff.

Naija News understands that the English Premier League club on Monday, January 4 announced the addition of the 36-year-old Scottish football coach and former professional player to its coaching staffs. Having confidence in the new coach, Solskjaer said the new coach knows what it takes to be a Red Devils player.

United’s official website quote Solskjaer saying that “Darren has the United DNA running through his veins, and he knows exactly what it takes to be a Manchester United player,”

He added: “He’s at the start of his coaching career, and his experience both on and off the pitch along with his winning mentality, commitment and hard work will be a great addition to the staff.”

Speaking after his arrival at the club, Fletcher who had spent about two decades playing for United said, “I’m looking forward to taking the next steps in my coaching career by working with Ole and his staff.”

Meanwhile, Real Madrid has started negotiations to sign Bayern Munich’s Austrian defender David Alaba, who ends his contract on June 30, 2021, and does not want to renew.

Naija News reports that Alaba would arrive at the Santiago Bernabéu for free on July 1, 2021, and Zidane likes him a lot for his versatility since he can play both as a left-back and as a central defender.