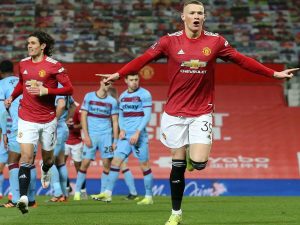 The 24-year-old central midfielder who came from the bench netted a 97 minutes goal for the Red Devils to send David Moyes‘s side out of the competition.

Naija News understands that the two English Premier League club played a goalless 90 minutes game last night until a goal came in for the Red Devils in the extra-time. The Tuesday night match started and ended without Jesse Lingard, West Ham’s new signing from Old Trafford.

In another news, the Federal Government of Nigeria again postponed the 20th National Sports Festival for the fourth time since its original date of March 21 to April 2020.

Naija News reports that the Sports Festival which was scheduled to begin on February 14-28th was again shifted to April 2021.