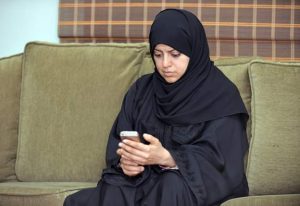 A man in Saudi Arabia is considering taking his wife to court for spying on his WhatsApp messages for nine months.

The Saudi GazetteShe reported that the man had discovered his wife, who was a schoolteacher, logged into his WhatsApp and downloaded all his messages with photos and videos without his knowledge.

The man described his wife’s actions as espionage and internet fraud. However, he chose to settle the matter amicably despite the seriousness of the crime.

On the other hand, the woman asked him to divorce her and then asked him to clarify the amount of support he would give her before receiving the divorce papers.

When contacted by the Saudi Gazette the woman did not say anything on the matter. But she confirmed that she had asked for a divorce and did not want to reveal the secret of their marriage in public.