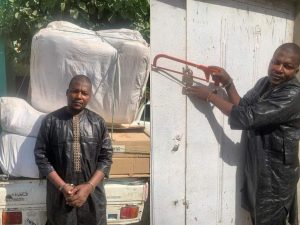 A 36-year-old man has been arrested by men of the Nigeria Police Force in Kano State for doing away with goods worth eight million naira from a warehouse in the state.

The event, confirmed by the state police command spokesman, DSP Abdullahi Haruna, revealed that Salmanu Mohammed was trailed and nabbed by a team of officers while on the run on Thursday, December 24.

DSP Haruna in a statement today, told newsmen that the suspect had single-handedly damaged the padlock of the warehouse and replaced it with a new one of the same colour and size.

Mohammed was said to have moved the stolen building materials and furniture in a Hijet Pick-up Motor.

“On the 27/11/2020 at about 1020hrs, a report was lodged that a Hijet Pick-up Motor Vehicle with Reg. No. KMC 24 XY, white colour, loaded with Building Materials and Furniture was seen with suspected stolen properties,” the police SP revealed.

He added: “Upon receiving the report, the Commissioner of Police Kano State Command, CP Habu A. Sani, immediately raised and instructed a team of operatives, led by O/C Anti-Daba *SP Bashir Musa Gwadabe to swing into action.”

“The team intercepted the vehicle and arrested one Salmanu Mohammed Bashir ‘m’ 36 years old, of Gwammaja Quarters Kano. The suspect confessed breaking a warehouse located at Tal’udu Quarters Kano. He opened up on how he damaged the padlock and replaced it with a new one of the same colour and size and stole properties worth eight Million Naira (N8,000,000:00). Owner of the warehouse was identified. Investigation is in progress.”

See more photos from the warehouse looting below: 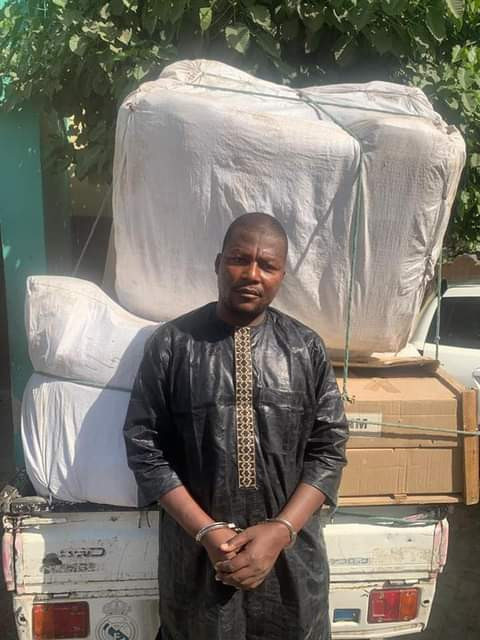 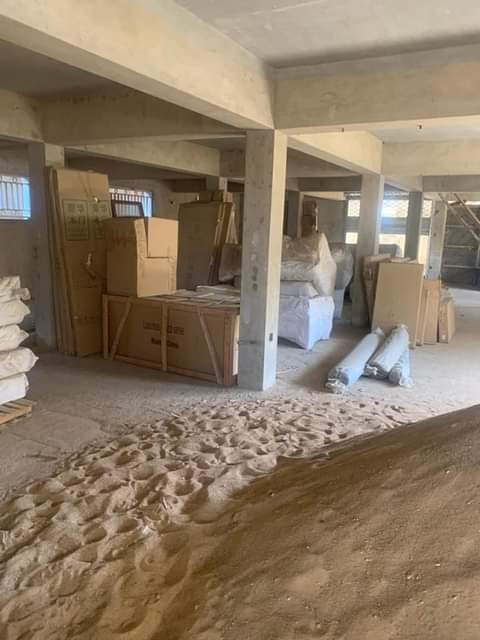 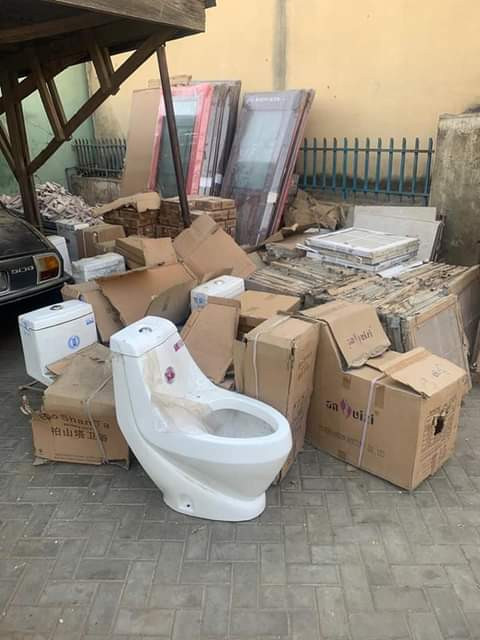 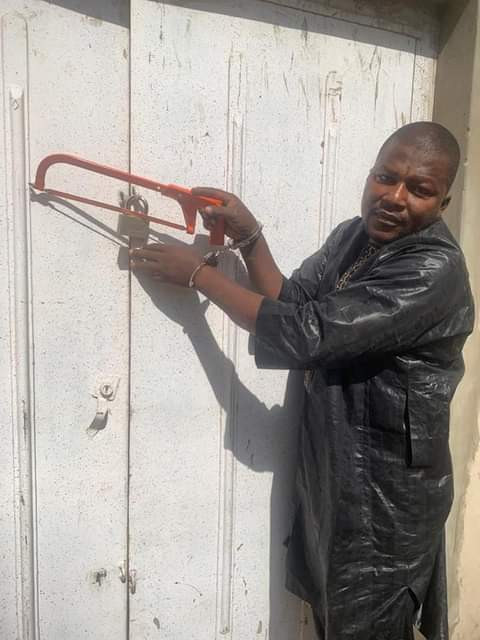 Meanwhile, a Nigerian legal practitioner, Mr Tamuno Igbikiberebima, has explained how he was able to resist two suspected kidnappers at the front of his house in Rivers State, Naija News reports.