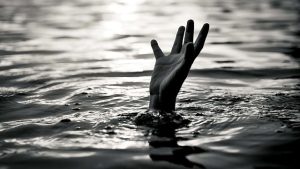 A 42-year-old man who is believed to have consumed too much of alcohol has died in a pool in Anambra State.

It was reported that one Izuchukwu Achusim and his girlfriend had visited a hotel in Fegge, in the state’s metropolitan city, Onitsha, to have fun together.

What was supposed to be a merry for the two, however, turned sour after deceased was said to have consumed much alcohol and thereby plunged himself into the deepest part of the swimming pool.

Confirming the report, the state’s Police Public Relations Officer, Haruna Mohammed in a statement on Sunday, August 16 told newsmen that the incident happened around 8.30 pm on Saturday, August 15.

He noted that the victim’s body had been evacuated from the pool and deposited in a morgue for autopsy.

“On Saturday, August 15, 2020, around 8.30pm, there was a report at the Central Police Station, Onitsha, that one Izuchukwu Achusim, 62, of No. 35 Guest House Street, Fegge, went to the Lotus Garden Hotel in Onitsha with his girlfriend,” Mohammed confirmed.

“However, the victim, who was said to be drunk, jumped into the deepest part of the pool and got drowned. The hotel manager and other guests pulled the victim out and rushed him to the Waterside Hospital, Onitsha, for medical attention, but he was later certified dead by a medical doctor on duty.”

“The scene was visited by police detectives and the corpse photographed and deposited in the hospital’s mortuary for autopsy,” the spokesperson revealed.

He police officer, however, charged members of the public who do not have good swimming skills, to always ensure they use life jackets and as well applies necessary precautionary measures in order to avoid such type of situation from happening again.

The PPRO noted that investigation was ongoing to ascertain the circumstances surrounding the incident.

In another news, Naija News reported that the National Agency for the Prohibition of Trafficking in Persons, NAPTIP has arrested a 30-year-old man young man for allegedly sodomizing twelve minors in Sokoto State.