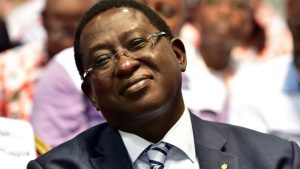 Cisse was said to have been moved from Niamey to France some few days ago for treatment, but unfortunately gave up the ghost where he was been treated.

The deceased had led the opposition until Ibrahim Boubacar Keita was ousted in August 2020, Naija News reports.

The report of his death was confirmed to newsmen by family members, political affiliation, Union for Republic and Democracy (URD), Naija News understands.

This online news platform reports that the former member of Mali’s National Assembly was kidnapped in March 2020 while campaigning for legislative elections in Timbuktu.

Cisse was, however, released in October, along with French humanist, Sophie Pétronin, and two Italians.

Naija News understands that Jihadists freed Cisse, others in a swap for 200 detainees.

Naija News understands that the military men cornered the robbers in the noon hour of yesterday while operating around the National Youth Service Corps (NYSC) permanent orientation camp in Mangu Halle, Mangu Local Government Area of the State.