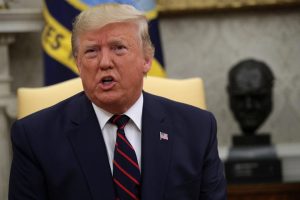 He was speaking for the first time since the night of the presidential election but several American televisions decided Thursday evening to interrupt the broadcast of a speech by President Donald Trump, believing that he was spreading disinformation.

As the vote count continues, Mr. Trump had just said from the White House that he would win “easily” if “legal votes” were counted, but that if we included “illegal votes”. Democrats could “try to steal the election from us.”

NBC News and ABC News also interrupted the broadcast of this press conference, which was ultimately not one, since the president left the desk without taking any questions.

CNN has decided not to cut the microphone to Donald Trump, but its star host Jake Tapper followed with a final conviction of the head of state.

“What a sad night for the United States of America to see its president […] falsely accuse people of trying to steal the election,” he said, lambasting a “web of lies“.