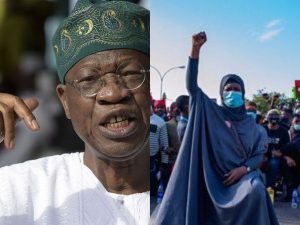 Aisha Yesufu, co-convener of the Bring Back Our Girls (BBOG) movement has chided the Minister of Information and Culture, Alhaji Lai Mohammed for his condemnation of the CNN report on the Lekki tollgate incident during the #EndSARS protest.

The Minister during a press briefing in Abuja on Thursday, described the CNN report as ‘irresponsible journalism’ and called for sanctions to be imposed on the international media outfit.

Maintaining that there was no massacre, he also blamed the CNN report which he said misrepresented information on happenings on the incident which occurred at the Lekki tollgate on October 20.

Alhaji Lai further expressed satisfaction with the role played by security agencies, including the Nigerian Army as well as the Police during the #EndSARS protest which rocked the country last month.

Reacting to the Minister’s position on all that has happened, Aisha Yesufu took to her Twitter account where she wrote: “may we not be reduced to working for our stomach.” 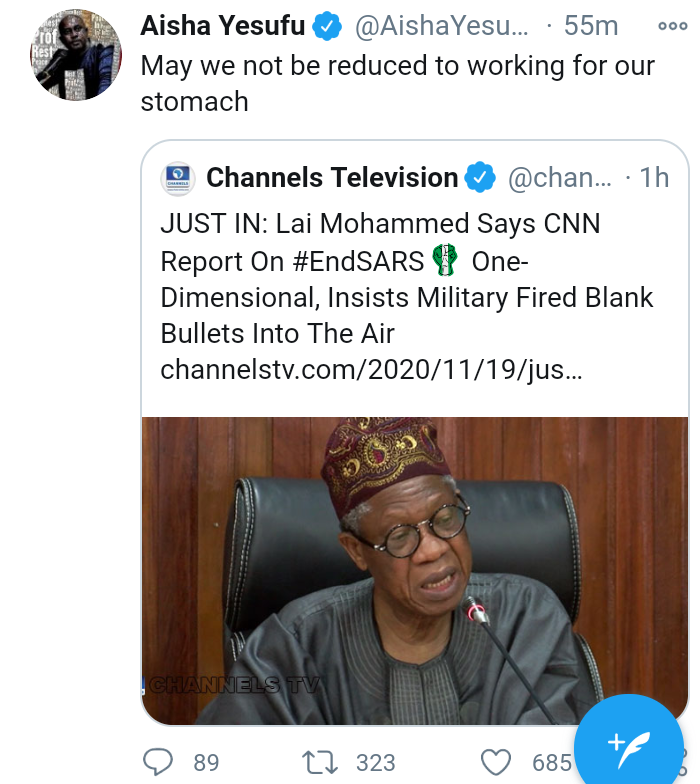 It will be recalled that Aisha was one of the prominent faces that led the #EndSARS protest in Nigeria demanding an end to all forms of police brutality and bad governance in the country.