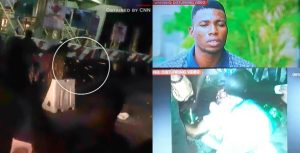 International Cable News Network (CNN) has stated that it stand on its “carefully and meticulously researched”report on the alleged shooting of peaceful #EndSARS protesters by soldiers at the Lekki toll plaza on October 20, 2020.

But Nigeria’s Minister for Information, Lai Mohammed, on Thursday, denied the report of the US based cable television.

Speaking during a televised press conference, Mohammed called for a sanction on CNN over the report, adding that the report on the Lekki tollgate incident as highly irresponsible.

Maintaining that there was no massacre, he also blamed the CNN report which he said misrepresented information on happenings on the incident which occurred at the Lekki tollgate on October 20.

He further expressed satisfaction with the role played by security agencies, including the Nigerian Army as well as the Police during the #EndSARS protest which rocked the country last month.

But reacting in another story titled, ‘Nigeria threatens CNN with sanctions but provides no evidence Lekki toll gate investigation is inaccurate’, CNN maintained that it stand by its earlier report on the Lekki tollgate incident.

CNN said: “Our reporting was carefully and meticulously researched, and we stand by it.

“The report was based on testimony from dozens of witnesses, and photos and video obtained and geolocated by CNN. It painted a picture of how members of the Nigerian army and the police shot at the crowd, killing at least one person and wounding dozens more.

“CNN verified photos and videos acquired from multiple eyewitnesses and protesters using timestamps and other data from the video files. Video footage shows soldiers who appear to be shooting in the direction of protesters. And accounts from eyewitnesses established that after the army withdrew, a second round of shooting happened later in the evening.

“Prior to publishing the report, CNN tried multiple times to elicit comment from the Nigerian army and police. A Lagos State police spokesman declined to comment because of an ongoing investigation. While a statement from the Lagos State government said that there would be no comment while a judicial tribunal was underway.”