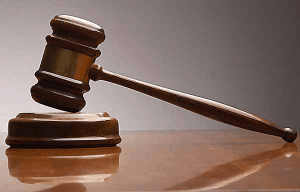 It has been reported of a Church illegally sited inside ITT Estate satellite town Lagos.

According to a source who disclosed the development to newsmen via mail on Tuesday, August 25, the Pastor of the allegedly illegal worship centre, Amaechi Ezumezuh brags that he has Police support and therefore nobody can stop him.

The source added that the pastor boasted that he has enough money to bribe government officials.

Naija News learnt that the church is well covered that nobody from outside can see what is happening inside. “They don’t open to everyone, members knock on the door and make call before door is opened slightly for them. It looks sinister.”

The source urged LASG, Oriade LCDA, FHA and other relevant Agencies to investigate the Church.

Meanwhile, Naija News reported earlier of a security man caught defiling an 8-year-old daughter of a Pastor in Delta State.

According to the report, the man was caught in the act with the young girl inside an uncompleted building not far from the Pastor’s house where he served as a security man.