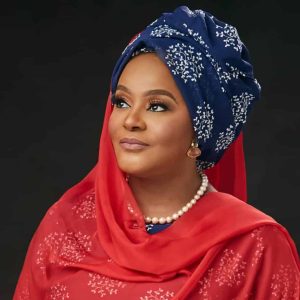 Hajia Aisha Ahman-Pategi has resigned her position in the cabinet of Governor AbdulRahman AbdulRazaq as the Commissioner for Special Duties in Kwara State.

Before she was redeployed to special duties, Hajia Ahman-Pategi was initially appointed as the State Commissioner for Local Government and Chieftaincy Affairs.

She noted in her letter of resignation on Friday that she enjoyed her time serving the people of the state in the cabinet of the Governor, but the time has come for her to leave and focus on new ideals.

“I, Aisha Ahman Pategi, the outgoing Hon. Commissioner for Special Duties, effective from today, Friday 28th August, 2020, humbly wish to formally announce my resignation from the cabinet of His Excellency, Governor Abdulrahman Abdulrazaq.

“Life is in phases and I’m bold to say that having journeyed the political terrain with Governor Abdulrahman Abdulrazaq, now is the time for me to leave and focus on new ideals.

“Going forward, my interest in Community Service and Grassroots’ Development will continue.

“Once again, I would like to thank Almighty Allah, the People of Patigi, Kwarans, our dear party APC and most of all, His Excellency for bringing me into politics. May Allah reward him and continue to be his guide as he pilots the affairs of our dear state.”

Naija News reports her resignation is coming about a week after Professor Suleiman resigned as the special adviser on Health to the Kwara State governor.