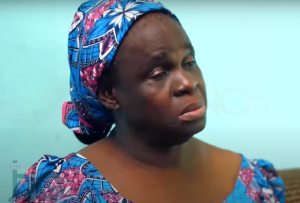 Barely two years after Kolade Johnson, a football fan was shot dead by an officer of the Special Anti-Robbery Squad, SARS, in Lagos State, Mrs Funke Odebiyi, his mother has called on President Muhammadu Buhari for justice.

Naija News recalls that Johnson was murdered by an officer of the now-disbanded controversial unit of the Nigeria Police Force on March 31, 2019, while watching a football match with his friends.

In an attempt to disperse a crowd which had gathered during the raid, one of the police operatives shot dead Johnson, who was trying to leave the scene after watching English Premier League match between Liverpool and Tottenham.

While Nigeria is yet to cool off from the crisis that erupted after citizens stormed streets across the states to demand an end to police brutality and good governance, Johnson’s mother in a recent interview with the Punch News begged President Buhari to ensure justice prevails on the death of her son who is survived by a wife and a child.

Watch below as Mrs Funke Odebiyi again demands justice for her slain son.

In another news, the presidency has declared that Amnesty International (AI) can’t have more information or details about the Lekki toll gate incident in which soldiers reportedly opened fire on peaceful #EndSARS protesters, Naija News report.

This position was made public on Thursday by presidential spokesperson, Femi Adesina when he appeared on a Channels TV interview programme.