Some gunmen suspected to be kidnappers were reported to have abducted the Director Litigation Ministry of Justice in Adamawa state, Barrister Samuel Yaumande, a Principal and  3 others at Sangare, near Modibbo Adama University of Technology (MAUTECH) Yola.

According to a family source, the gunmen invaded the residence of the Director around on Monday’s night at about 9:15 pm, bearing sophisticated weapons and sneak him away alongside his neighbor who is a Principal and 3 students.

After firing gunshots, the gunmen succeeded in kidnapping the director, a school principal, and 3 other students.

For now, we yet to hear from them,”  a family source of the director has said on Tuesday evening. 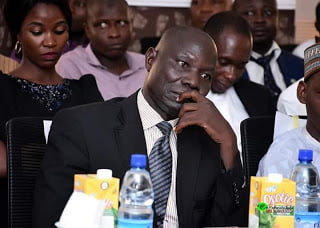 When contacted, the Police spokesman in the state, DSP Suleiman Yahaya Nguroje confirmed the incident, saying that  ” the  command was informed that the gunmen abducted the Director and 2 others, and  already our men  have been deployed  to go after the kidnappers with a view to rescuing the victims.”
Naija News had earlier reported that kidnappers had been terrorizing the state in recent times forcing residents to sleep with two eyes opened.