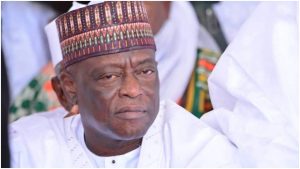 Just a few hours to Niger Republic’s presidential and national assembly elections, reports have emerged that a Nigerian, an indigene of Katsina State is bankrolling the campaign of a presidential candidate the country.

Naija News understands that questions to the motive behind the participation of the affluent man, Dahiru Mangal, came up after he was spotted in a viral video handing over hundreds of vehicles to Mohamed Bazoum in Maradi, a Niger-Nigeria border.

This online news platform understands that Sunday, December 27, 2020, was scheduled for the country’s presidential and national assembly elections.

Although Mangal’s involvement in Niger’s election is unconfirmed at the moment, the viral-video had shown him presenting over 100 vehicles to Bazoum who is a presidential candidate.

Findings revealed that Mangal who is the founder of Max Air is worth $765 million. He is said to friends with President Mahamadou Issoufou and reportedly donated to the incumbent’s 2016 campaign.

Naija News understands that Bazoum is a candidate of the ruling Nigerien Party for Democracy and Socialism (PNDS) and will face 29 other candidates, including Mahamane Ousmane, Niger President from 1993-1996 and Seini Oumarou, a former Prime Minister in the Sunday’s elections.

However, alleged involvement and recent donations to the presidential candidate by the Nigerian businessman has stirred a garage of debate on social media, Naija News understands.

Watch video of Dahiru Mangal handling the campaign cars below: