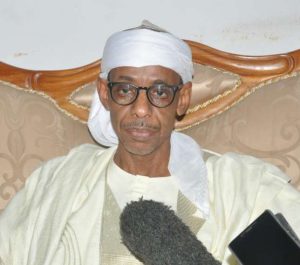 The Northern Elders Forum (NEF) has alleged that some groups and persons are fueling the farmers-herders crisis in order to achieve selfish purposes.

A statement issued on Friday by the spokesman of the forum, Hakeem Baba-Ahmed, said the groups are bent on pushing the country to disaster for their “nefarious goals”.

Baba-Ahmed said the forum had to draw the attention of Nigerians to sustained attempts by the groups to create tension and fear in the country.

He said: “In the last few weeks, the Forum has led many responsible groups and individuals to appeal for restraint and respect for the law in the way we engineer developments that cause tensions, or react to them.

“Now the nation is facing imminent threats from persons who are bent on pushing all of us nearer to disaster, to help them achieve their nefarious goals.”

“Continous narratives and threats, including comments from seemingly responsible Nigerians and even elected officials who swore to protect the rights of all citizens and the survival of the country, are raising fears and passions that could make it easy to break more laws of the land and pitch citizens against each other.”

“There are efforts to create multiple sources of falsehood in videos and other inflammatory materials in the media clearly targeted at inciting people to act violently against each other.”

“Allegations of planned or actual genocide are being made with reckless abandon, and even the international community is being lobbied in futile efforts to sell the fiction that some groups are intent on mass extermination of other groups.”

Baba-Ahmed also berated the Yoruba Council of Elders (YCE) for sending a letter to the United Nations over the crisis, describing the action as lamentable desperation to erode the security and integrity of a country.

He said: “The recent communication by the Yoruba Council of Elders (YCE) to the United Nations is an example of lamentable desperation of some groups to erode our security and integrity as a country.

“It is more regrettable that it is the handiwork of so-called elders who should forfeit all rights to that honour. Northern Elders Forum is constrained to invite the nation’s attention to the dangers of sustained attempts to raise tensions and create fears among Nigerians until, presumably, they lead to major crisis involving groups and regions in the country.”