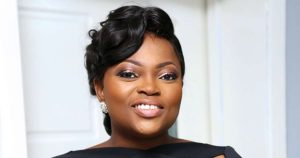 Naija News reported that the actress flouted the federal government directive by hosting a house party in honor of her husband, JJC Skillz who turned a year older over the weekend. Some of the dignitaries that attended the party included; Naira Marley, Rasheed Gbadamosi, a former Lagos state governorship aspirant among others.

This online media Understands that she will be charged before Ogba Magistrate Court 1 at about 11 a.m. The prosecuting team will be from the Directorate of Public Prosecution (DPP).

Naija News recalls that the Nollywood actress reacted shortly after her arrest by the Lagos State  CID, Yaba.

Reacting to her arrest, Funke in a tweet she deleted almost immediately siad that she prays she survive this.