Chief Edward Onoja, has on Monday, 21st October 2019 being sworn in as the new Kogi State Deputy Governor.

Naija News had earlier reported that the new deputy governor was screened by the lawmakers who then asked him to take a bow, paving the way for his inauguration to replace the embattled former deputy governor of the state, Mr Simon Achuba.

The swearing-in was performed on the ex-Chief of Staff to the Kogi State Governor, Yahaya Bello, by the Chief Judge (CJ) of Kogi State, Justice Nasir Ajanah in the presence of  Governor Bello, some members of the State House of Assembly, and top government officials in the state. 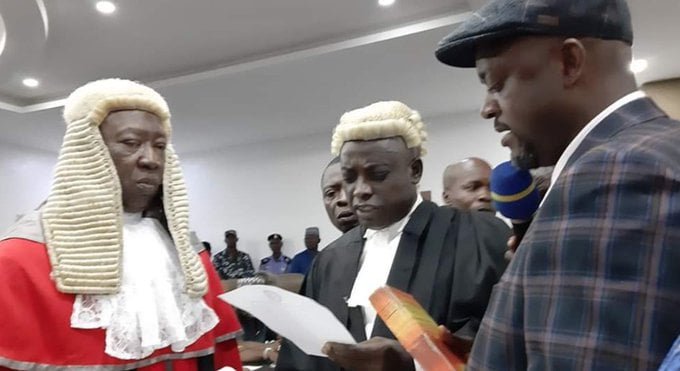