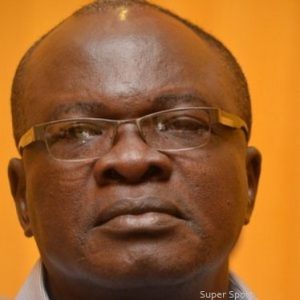 The death has occurred on Tuesday of Joe Erico, a former assistant manager, goalkeeper, and goalkeeper trainer of the Super Eagles team at the age of 72.

He died in Lagos State after a brief illness, Naija News understands.

His death was confirmed by a close family member, Tomiwa Aghedo who disclosed that the coach complained of stomach pains before giving up the ghost.

“I feel sad informing you that coach Joe Erico passed on this morning [Tuesday].”

“He complained of stomach ache yesterday and he was subsequently rushed to the hospital, where he was told to present his Covid-19 test result before he would be attended to.

“Coach Erico went for the test as directed and very early this morning he passed away. It’s terrible news at this point in time and every one of us is devasted.

“We are consoled by the fact that he served Nigeria with all his strength and he lived a good life worthy of emulation,” Aghedo told Goal.

In 1968, he was invited to the National Team and was part of the 1976 team to the Africa Cup of Nations which held in Ethiopia under coach Tiko Jelisavcic.

The team secured a third-place medal at the tournament.

After injury ended his national team career and went into management, Erico managed Julius Berger, and was also part of the coaching crew that qualified the Nigeria U23 squad for the Sydney 2000 Olympics. Unfortunately, he was fired on the eve of the competition by the Nigeria Football Federation.

Two years later, he returned to the national Super Eagles setup as assistant to Amodu Shuaibu but was again relieved of his duties after the Eagles placed third at the 2002 AFCON tournament in Mali.

The late coach is survived by his wife and four children. Burial arrangements are expected to be announced later.

Naija News understands that the 35-year-old Portuguese striker netted his 760th-career goal on Wednesday night for Juventus in their 2 – 0 victory against Napoli to win the 2020 Supercoppa Italiana.

The game saw Ronaldo making his 1,040 games appearance as a professional footballer. A 64 minutes goal from the Portuguese striker and a 90+5 (extra) minutes finish from Spanish footballer, Alvaro Morata sealed a victory for Juve last night.

Ronaldo’s new record set him above Josef Bican – with the Austrian-Czech striker scoring 759 goals between 1931 and 1955.