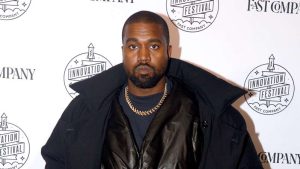 He took to Twitter to reveal that he had a vision while watching TikTok with his 7-year-old daughter, North.

According to him, while watching some contents with his daughter, he realized that some contents aren’t healthy for the underaged especially kids.

His experience with his daughter has now made him consider partnering with owners of TikTok for a Christian version – “Jesus Tok” which would have “monitored content”.

The billionaire rapper noted that as a Christian father, a lot of the content on the app disturbed him as he was scrolling through it with his 7-year-old daughter, North
West went on to note that he hopes to “collaborate” with TikTok to make a “ monitored version that feels safe for young Children and world in jesus name