The National Broadcasting Commission, was on Thursday dragged to court by the management of Jay FM in Jos.

The radio station called on NBC to free itself from political manipulation and also from people who have conscripted themselves into enemies of “liberty, justice, and freedom” in the country.

The radio station management also claimed that it has credible information that the powers that be in Plateau State in collaboration with those in the presidency are behind the shutdown of the radio station.

The station stated that due to this development it has no option than to seek legal redress in a court of law.

The radio station through its Chief Executive Officer/Managing Director, Clinton Garuba, revealed this in Jos on Thursday.

“It has become incumbent for us at Jay FM Jos to speak as a follow up to our Press Conference of 2nd March, 2019, and hopefully, an update to our indefatigable fans, followers, listeners, and supporters on the status of the station and the state of our struggle.”

“Importantly, we want to use the momentous opportunity of to call on the National Broadcasting Commission, NBC, the regulator of broadcasting in Nigeria, to free itself from political manipulation by people who wield power in high places, and those who have conscripted themselves in the army of the enemies of liberty, justice, and freedom in Nigeria.”

Recall that the radio state was shut down under controversial circumstances on the 1st of March by NBC.

The commission in a letter signed by its Jos Zonal Director, claimed that if the radio station continue to broadcast it may lead to breakdown of law and order.

The Commission referred to two instances when the Station was sanctioned few days to the 2019 Presidential Elections, the first being a N100, 000 fine on 16th February, 2019 for airing a News Commentary titled “Does Buhari Deserve a Second Term?” written by Chris Gyang a listener, and the second being a warning on 18th February, 2019 for airing a News Sound Bite by Bishop David Abioye charging his followers on how they should vote.

The radio station was accused of supportin the presidential candidate of the Peoples Democratic Party, Atiku Abubakar.

The Managing Director of the station in his reaction said, “While communicating the directive to shut down the station believed to have been handed down from above, the NBC failed to give one instance from the last sanction of 18th February, 2019 to 1st March, 2019, the shutdown day, whether Jay FM was involved in any form of breach or improper conduct that would warrant a heavy and unfair sanction as a shutdown, especially as it amounts to double jeopardy to issue punishment a second time for the same offence.” 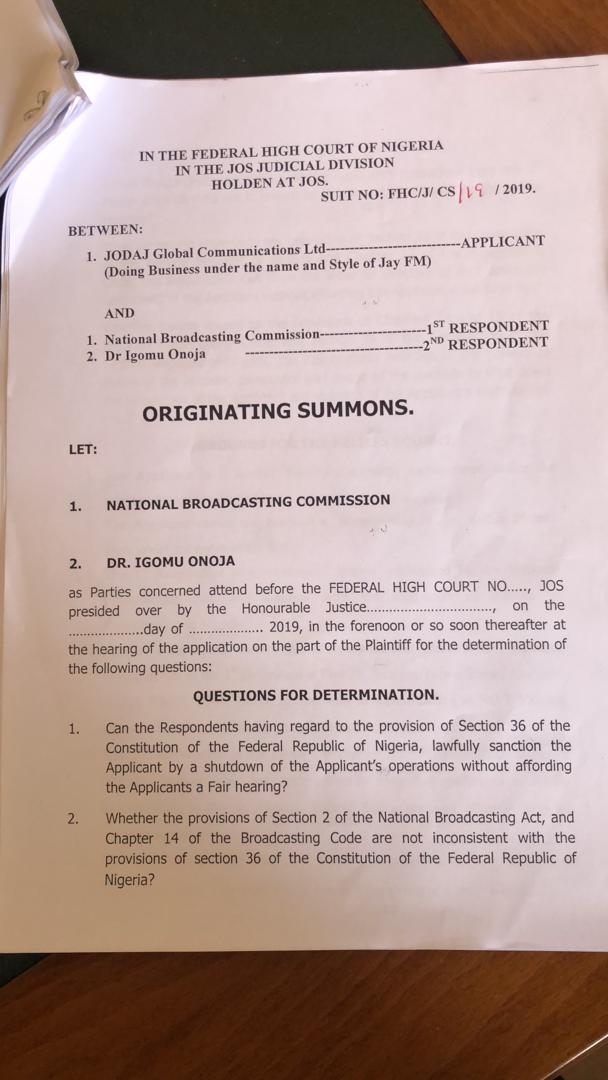 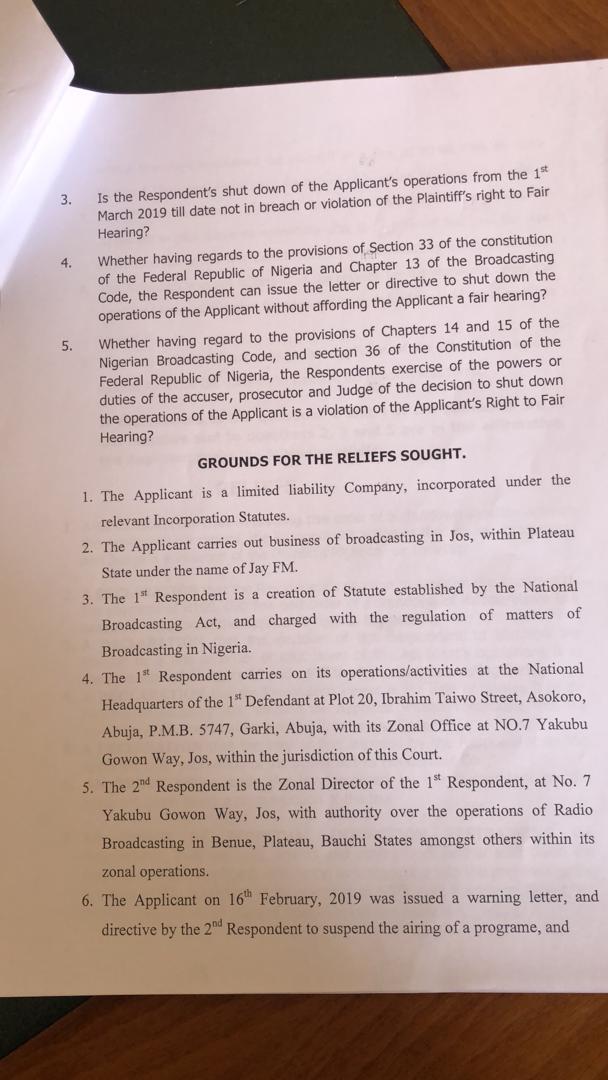 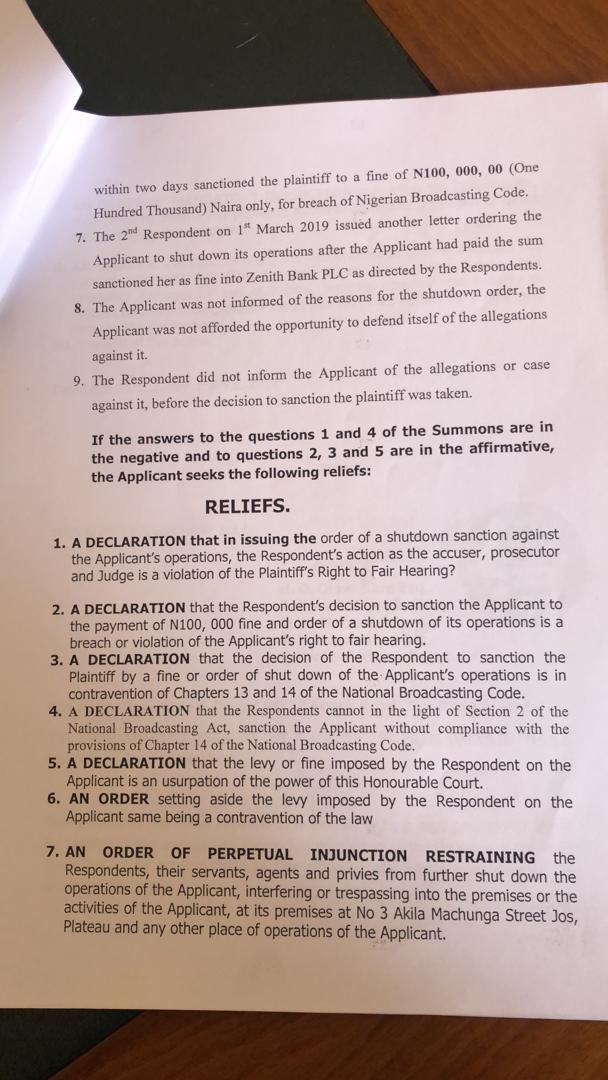 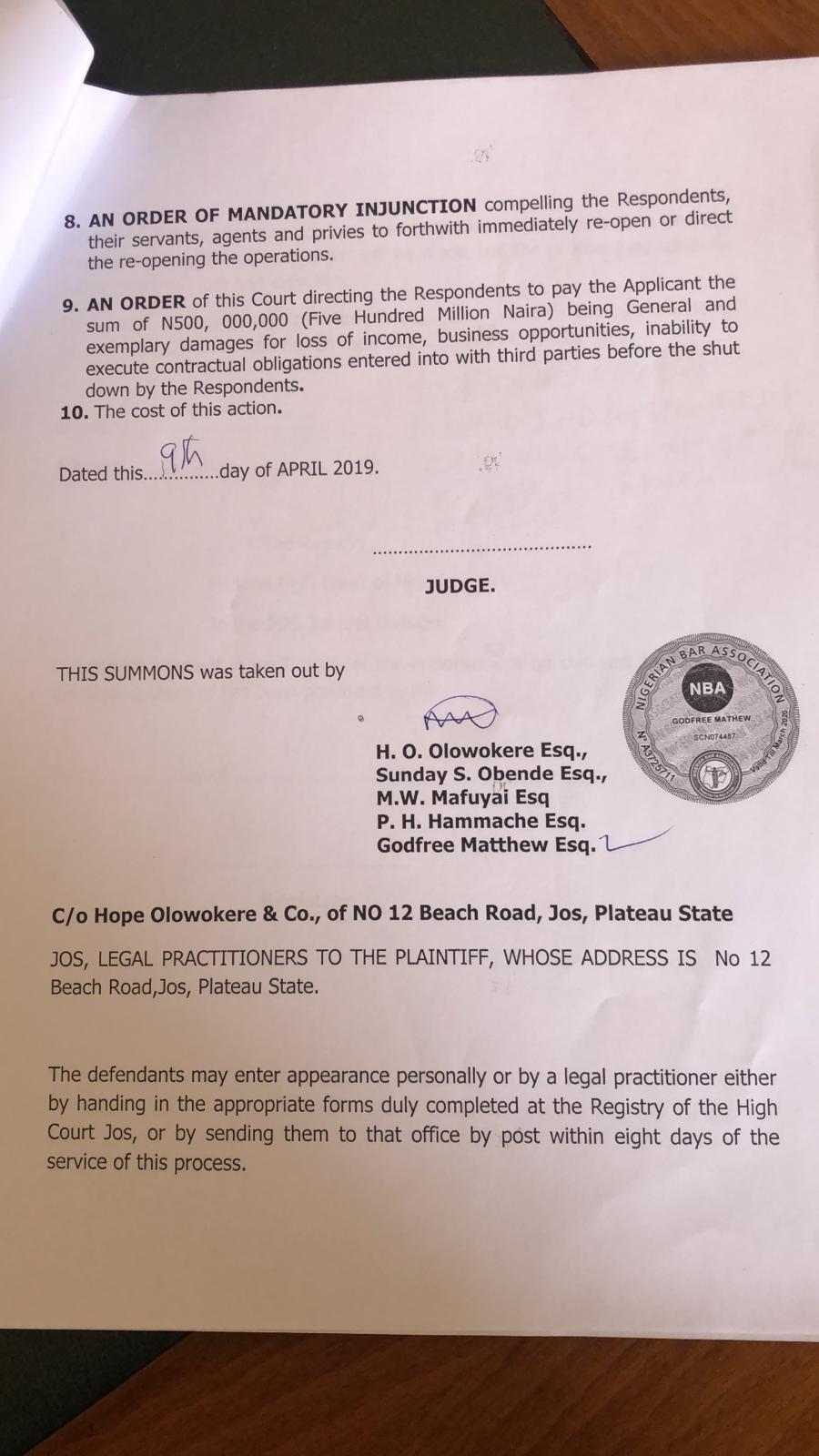