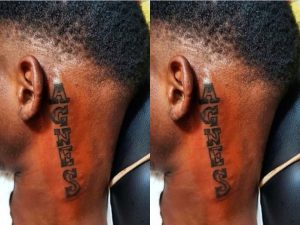 A photo of an unidentified man who tattooed his girlfriend’s name on one side of his neck has stirred reactions on the internet.

Naija News understands that the unnamed lover boy had his girlfriend’s name ‘AGNESS’ boldly inscribed at the back of his head to proof his love for her. The below picture has, however, stirred up reactions as many netizens mocked the man for being ‘fooled’ of love.

Some noted that the same girl he is so proud of could be serving her assets to another man somewhere. Some assert that his brother or someone close to him could be sleeping with her behind closed doors.

What do think about this? See photo below. 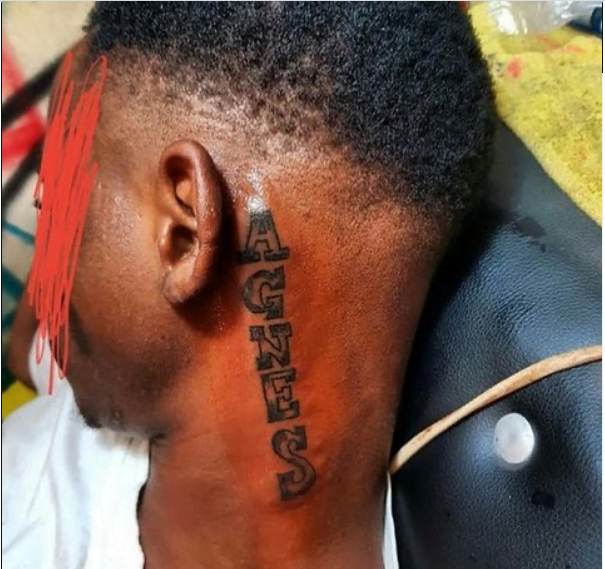 In another news, One Emmanuel Ankron has lost his manhood after a woman he attempted to force in satisfying his sexual urge bits off the sexual organ, Naija News reports.