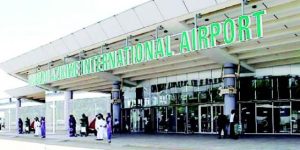 According to the letter with ref NCAA/DG/AIR/11/16/255 which copy was made available to newsmen on Wednesday, September 2, the two airports are now approved to resume international flight operations as from September 5, 2020.

Naija News understands that the letter which was signed by Director-General of the NCAA, Captain Musa Nuhu, noted that other airports would be gradually reopened in due time.

NCAA, however, reiterated that the two approved airports would still ensure total compliance with the existing COVID-19 protocols in their operation.

See below a copy of the letter; 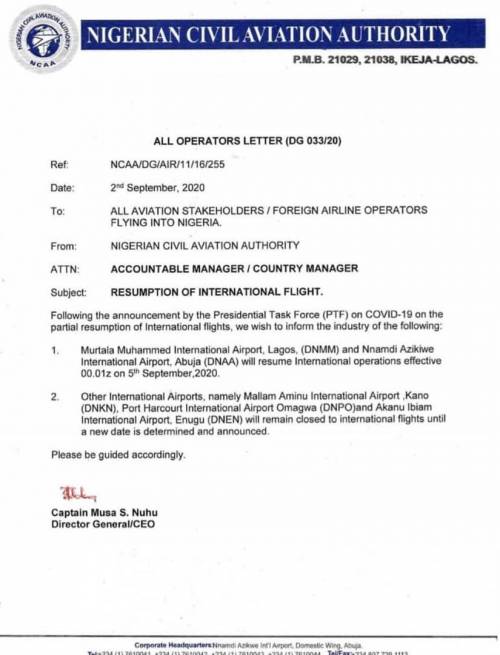 FFK said this while reacting to the recent increment of petrol pump price by the Nigerian government, Naija News understands.