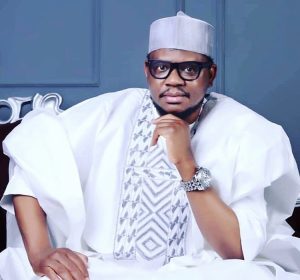 A chieftain of the All Progressives Congress (APC) and former presidential candidate, Adamu Garba has taken a position on the issue of cattle rearing in Nigeria which has caused a lot of controversies recently.

Garba in a statement on Sunday, made available on his Twitter account, submitted that it doesn’t make sense for cows to be roaming the streets in the 21st century.

He urged the rich and enlightened Fulani herders to assist and acquire land for grazing in order to avoid the constant clashes between farmers, herders, and host communities.

He also called on the government to be bold and speak up about land ownership in Nigeria as he noted that all lands in Nigeria belong to either the federal, state, or local governments, and no person or group can lay claim to any land without proper authorization.

Garba noted that while land issues are as old as humanity, practical steps should be taken to prevent it from degenerating into tribal and ethnic wars.

The APC chieftain’s submission is coming at a time clashes are being reported between Fulani herders and Sunday Igboho in Oyo State as well as the quit notice given by Governor Rotimi Akeredolu for cattle rearers to vacate the forests of Ondo State.

In his words: ”I’m a Fulani man, but I can tell you that it doesn’t make sense for cows to be roaming the streets in 2021. Cows should be ranched on a land acquired or rented by the ranchers.

“By law, land can only be used through rent or purchase. “Government should step forward and clear this out.

“I believe, to reconcile the raging herders crisis is to open proper communication where each knows the laws of the land. “All lands in Nigeria, including forests belong to some entity, FG, SGs, LGs, Company’s or individuals.

“Thus no land can be used without proper authorization.

“The problem of the Fulani herders is a betrayal from the city Fulanis, who decided, after moving to cities, acquiring wealth & power, but forget to carry the village brothers along, leaving them in a desperate situation.

“The rich Fulanis must come together & get ranching lands.

“Land issue is as old as humanity, no any state power can give land to anyone where the land is been identified with owners for generations, without purchasing or renting.

“The rich Fulani’s must come together & assist our fellow brothers to get reaching land or forest for grazing. “Else, this will be a breeding ground for a circlical conflicts, a very ripe situation for civil war. This must be avoided at all cost. ”

In a statement released by the spokesman of the Oyo state police command, Olugbenga Fadeyi, the team visited the town following the attack on a Fulani settlement in the town.