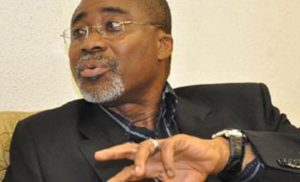 Enyinnaya Abaribe, Senate Minority Leader and Senator for Abia South Senatorial District has said that the quest for Igbo presidency in 2023 is not negotiable.

Abaribe made the declaration, after he was presented with a Legacy Merit Award as the “Most Outstanding Performing Senator in the Southeast 2020” by the NUJ, Imo State council in an event in which he was represented by his aide, Chief Chijioke Ukoh.

According to him, if the agitations to get equal opportunities with other part of the country are discarded, it would only elongate the already existing pitiable condition and thus subject her people to second class citizens.

He urged Igbos not to relent but to remain firm, resolute, and undaunted in the face of legions of challenges as there is always light at the end of the tunnel.