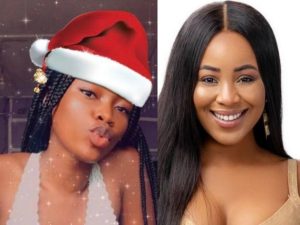 According to the netizen, while reacting to another Twitter user [@Deelighttt], she kept her phone in the bag and unknown to her ‘the phone’s pouch kept making the screen control itself till it accidentally donated 100k to the GoFundme they created for Erica’.

Though no one can tell if her claims are true, the lady, however, revealed this on Tuesday, December 8.