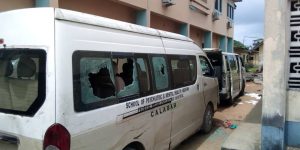 The thugs also attacked several cars, removing some body parts including tyres and batteries before setting ablaze the remains of the cars.

Similarly, the house of Senator Victor Ndoma-Egba located in Calabar was also looted. After his property was looted, the hoodlums finally set the property on fire.

Ndoma-Egba is the Chairman, Niger Delta Development Commission, (NDDC). He represented Cross River Central Senatorial District of Cross River State in the Nigerian Senate from 2003 to 2015.

He is not even in town. He is said to be in Abuja.

So why all these? pic.twitter.com/GfcTMEtlfA

The Psychiatric Hospital in Calabar has also been vandalized. 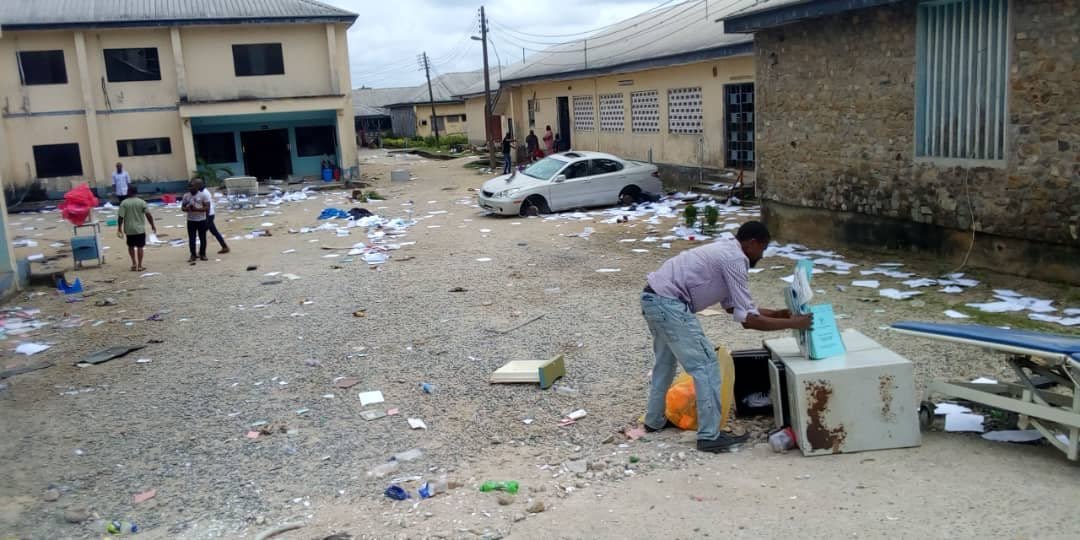 The Cross River State government has been forced to declare a 24-hour curfew as hoodlums continue to loot and destroy both government and private properties.