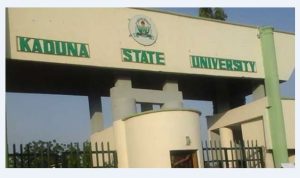 All state-owned Universities, Polytechniques, and other tertiary institutions in Kaduna State have been directed by the state government to reopen for academic activities.

The directive was contained in a statement by the Commissioner for Education, Shehu Muhammad Makarfi which instructed the tertiary institutions to resume as from Monday, 2nd November.

The government directed principals and headteachers to make proper arrangements to receive boarding students on November 8; and day students, November 9 while ensuring compliance with COVID-19 protocols.

“Hence, the Kaduna State Ministry of Education is directing all Principals and Head Teachers to make arrangements to receive boarding students on Sunday, 8th November and day students on Monday, 9th November 2020,” the statement reads in part.

Meanwhile, the National President of the Academic Staff Union of Universities (ASUU), Prof Biodun Ogunyemi, has accused the Minister of State for Education, Emeka Nwajiuba, of deliberately creating confusion in the seven-month-old strike.

Recall that Nwajiuba accused the union of muddling things up over the Integrated Payroll and Personnel Information System.

Ogunyemi, while reacting to Nwajiuba’s statement, said, “The IPPIS came as a distraction; there are five issues we raised. Have they addressed the issues; constitution of visitation panel, earned academics allowances of our members and proliferation of universities particularly state universities? It is hypocritical for the minister to say he doesn’t know what ASUU wants. They are deliberately creating confusion so that Nigerians will put the blame on academics and they will absolve themselves of any blame.”