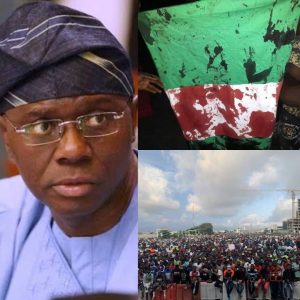 Governor Babajide Sanwo-Olu of Lagos State on Tuesday disclosed that the scope of the Panel of Enquiry and Restitution for Victims of SARS has been expanded.

The Lagos State Governor had earlier stated that the committee will Investigate rights abuses by the disbanded Special Anti-Robbery Squad (SARS).

Sanwo-Olu on Tuesday noted that the panel will investigate the Lekki shooting.

“The scope of the panel has been expanded to cover the Lekki toll incident.”

Sittings will take place on Tuesdays, Fridays and Saturdays from 10am to 4pm at the Lagos Court of Arbitration.