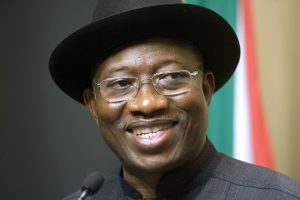 Delta State Governor, Ifeanyi Okowa on Thursday noted that former President Goodluck Jonathan’s government will be remembered for practicing rule of law and freedom of expression.

Okowa stated this while celebrating Jonathan at 63-year on Thursday.

The Delta State Governor in a statement released through his Chief Press Secretary, Olisa Ifeajika, commended the former President for his unique statesmanship and graceful disposition to issues.

He said, “On behalf of the government and people of Delta, I congratulate our leader and statesman, Dr Goodluck Jonathan, as he celebrates his 63rd birth anniversary.”

“Your Excellency, it gives me pleasure to celebrate you for your continuous role in deepening democracy in our dear country and Africa.”

“Your administration will long be remembered as the government that practiced the rule of law and freedom of expression as there were no records of human rights abuses throughout your tenure.”

He also prayed for strength for Goodluck as he is committed to ensure good governance and peace in Africa.