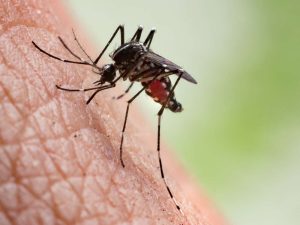 The National Coordinator, National Malaria Elimination Programme, NMEP, Dr Audu Mohammed, has revealed that Nigeria would get three-year grant of $417 million from the Global Fund to tackle malaria.

While acknowledging that the country has done enough on malaria prevention Mohammed said  that Nigeria accounted for 25 percent of Global Malaria burden.

Mohammed also noted that malaria had been responsible for up to 60 percent of outpatient visits to health facilities, 30 percent of childhood deaths, 25 percent of deaths in children under one year and 11 percent maternal deaths which had occurred in 2019, and as such, could be seen as a menace which had to be given immediate attention.

“The grant is to procure life-saving items such as mosquito nets, medication, and rapid test tools, among others, in 13 states for poor and hard-to-reach people in those states, with a bid to reducing the incidence of malaria amongst them,”

“This will go a long way in cutting down the number of malaria incidences in Nigeria and give us the much needed time to work on getting a more permanent solution to the disease infection”.

The coordinator stated that $417million grant was a complementary measure to ongoing efforts by the Federal Government in disease management and explained that the grant would be spread across several platforms to give wide coverage and greater impact.

“Malaria programs will take 47% of the N890 million allocation from Global Fund to Nigeria and would be used to reduce HIV, TB, and Malaria from 2021 to 2023, while ten percent of the grant will also be used for Resilient Sustainable Systems for Health (RSSH), which is according to specifications made in the grant document,”

“With the new grant, we will continue implementing the National Strategic Plan on Malaria Elimination and will be focusing on the 13 states that are currently getting support from the fund: Adamawa, Delta, Gombe, Jigawa, Kaduna, Kano, Katsina, Kwara, Niger, Ogun, Osun, Taraba, and Yobe,” he said.