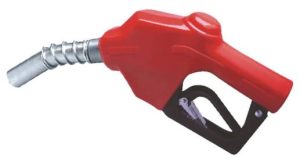 A statement released to newsmen by top officials of two major marketers’ associations a few moments ago suggested that pump price of petrol should be between N185 and N200 per litre to reflect the further rise in crude oil prices.

The statement berated the continuous sales of fuel at N160 and N165 per litre in some petrol stations in Lagos State and some other parts of the country, noting that the action had brought back petrol subsidy which meant someone is bearing the cost.

Speaking on the development, the Executive Secretary/Chief Executive Officer, Major Oil Marketers Association of Nigeria, Mr Clement Isong, said the current fuel price per litre in many filling stations is below the expected price, noting that somebody is somehow bearing the cost of subsidy which the country cannot afford at this time.

He said; “Members of my association are operating in Nigeria and care about the long-term sustainability of the industry as well as the country itself.

“So, we know that depending on what exchange rate you use, the pump price should be between N185 and N200 per litre. For as long as we continue to sell the product at what we are currently selling it, then somebody is bearing the cost of the subsidy, and the country really cannot afford subsidy at this time.”

According to him, while the demand for petrol had increased significantly in the country, the security of supply had been threatened. He also noted that smuggling might have resumed because of the significantly different prices across the borders which were recently opened.

“So, we need to completely restructure our entire supply chain. We need to reach a place where, if deregulation takes effect, refining will resume in Nigeria. We need to find a way of making sure that Nigerians benefit from deregulation. That, I believe, is what the discussion must be,” he added.

The new price was made known to newsmen by the Minister of Labour and Employment, Chris Ngige at the end of a meeting with labour leaders which in December 2020.