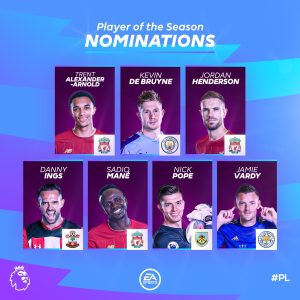 The footballing world has met the 2019/2020 Premier League Young Player of the Season award nomination with mixed reactions. 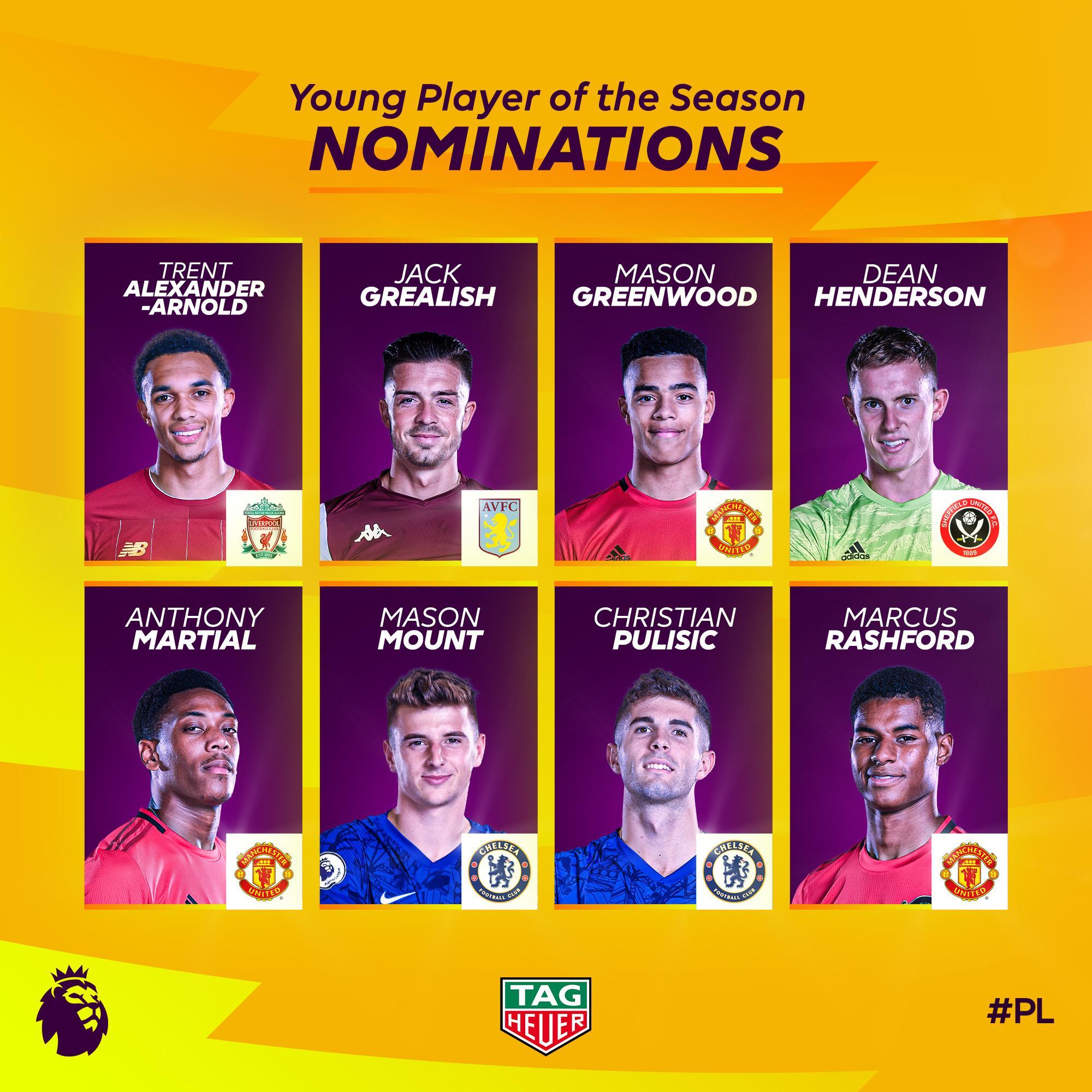 Similarly, Arsenal captain, Pierre-Emerick Aubameyang was left out of the nominations for the premier league player of the season award. 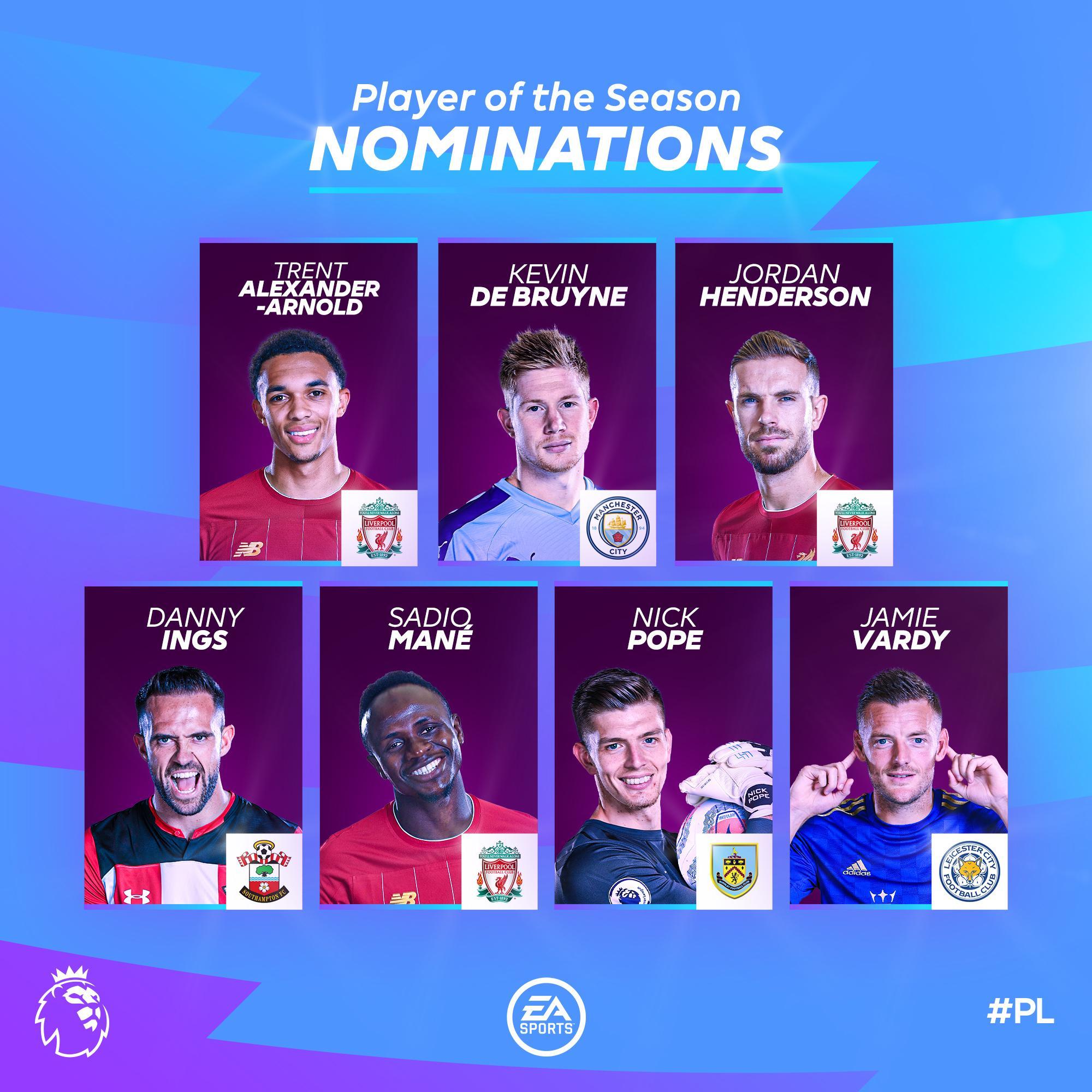 After the lists were released by the Premier League authorities, many football fans took to the micro-blogging site, Twitter to express their displeasure over the non-inclusion of Arsenal youngster, Bukayo Saka, and their captain Aubmeyang.

It is understood that Saka was left out of the list primarily because of his age, not because he didn’t perform well on the field and many football fans believe an injustice has been done to the player.

How on earth is Saka not on this list!!

Absolute state of the @premierleague leaving out Saka. 18 with 39 appearances, four goals and 11 assists.

I hope he picks Nigeria. pic.twitter.com/sjkMXVMd0i

I’m not even saying saka can win but honestly he has been playing incredibly in several positions and deserves at least a nomination ffs!!

No Auba, no Saka, bad refereeing decisions all season. How obvious do they want to make the anti-Arsenal agenda? pic.twitter.com/tU63EMJVnL

the fact that Martial and Grealish, players who have been around for almost 5 years at this point, are nommed for YPOTY ahead of Rice and Saka shows that the PL need to change it to U22’s or something like that

They never loved us!
Gave us unfair judgements all through 19/20 season and yet Saka couldn’t make it here!

The fact that SAKA isn’t there shows u nolonger smoke Weed, instead u smoke CoronaVirus

Wtf, u really have no shame pic.twitter.com/oFk1z9RDDr

Anthony Martial was signed by Manchester United 5 years ago for £54m. Nobody is denying that he had an impressive season, but nominating him for the YPOTY award over Bukayo Saka – who is 6 years younger than him – sums up exactly what it wrong with the selection process.

I’m not saying he should win, but the fact that Bukayo Saka hasn’t even been nominated for the YPOTS shows how much the media hate Arsenal. 18 years old and playing incredibly in several positions. Surely he deserves a spot in the top 8? https://t.co/wQgOMlDcfo

Jack Grealish turns 25 next month. Anthony Martial in December. Both have had great seasons but they’re not young players anymore.

And yes, it’s a bit weird that Bukayo Saka isn’t on this list. https://t.co/6eHjIITScx

Saka did his best but he hasn’t been nominated wtf

! I’m a fucking baby then! Where the fuck is sakalinho? Bukayo saka??? pic.twitter.com/ONXu4lMY9v

Still trying to figure out how 24 year old is among the nominees for YPOTY while 18 year old Saka isn’t pic.twitter.com/eD0XWKy5Hm

The agenda against Arsenal is real. Aubameyang didn’t even get a POTY nomination.

LOOOL, first no Saka in the YPOTY, and then no Auba in POTY. These lot trying their hardest to show their agenda ffs https://t.co/4QY82zfG1x

No Foden or Saka on the award list?
Needless to say that Greenwood is clear of them all .#MUFC

There are however some others who believe the list is okay and have started picking their preferred player for the win.

Arsenal fans lamenting like the Saka Nomination will be added to their trophy cabinet. Its just a nomination na.

There is no case for Saka being in the YPOTY. His best games were in the cup competitions. He didn’t do anything in the League

The fucking aim of the game football is to score goals lol and it’s normal for attackers to be judged on it. Saka’s numbers in the prem are not deserving of a nomination. Foden, McNeil and Cantwell deserve a nomination more than him

Why are people making sound as if Bukayo Saka deserves a place in the young player award than Mason Greenwood? Everyone knows the difference is crystal clear. #mufc pic.twitter.com/FhjXJCWYr4