Nigerians have been showing their displeasure over the attack against their compatriots in South Africa and this has almost resulted in a reprisal back here in Nigeria.

Nigerian’s have attempted to attack South African holdings such as MTN, Shoprite and DSTV, this has forced these multi-national companies to shutdown till the rising tension has been doused.

There are claims that Shoprite, one of the affected companies, is a franchise brand and local stores are owned and managed by Nigerians.

There have been arguments on whether or not these companies are owned by Nigerians or they belong to South Africans. A Twitter used @HustlerVibez, with 23,900 followers wrote. “Shoprite in Nigeria is not owned by a South African. Nigerians own it!! It’s a fucking franchise. Y’all are hurting your own people. You Nigerians should read more cause some of y’all are just plain stupid.”

Shoprite in Nigeria is not owned by a South African. Nigerians own it!! It's a fucking franchise. Y'all are hurting your own people. You Nigerians should read more cause some of y'all are just plain stupid.

This claims have been found by The ICIR to be incorrect. 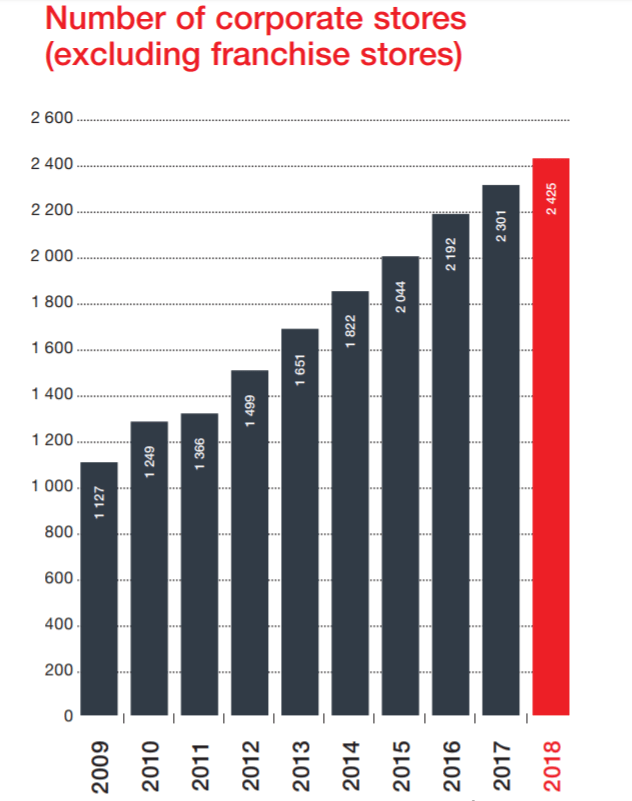 Corporate stores are different from franchise stores. According to Stefon Walters, author of Finessin’ Finances, in the case of retail franchising, a company “licenses its intellectual property, business procedures, business model and brand to a franchisee who then owns and operates the store”. He explains that the franchisee pays an upfront cost and then subsequently pays royalty fees to the brand owner. He must also uphold the corporate policies agreed upon.

On the other hand, in the case of corporate stores, “the parent company is solely responsible for all stores’ business-related activities. From picking retail locations to hiring employees to operations to tax planning, they handle it all”. This is also the explanation of Encyclopedia Britannica and US-based franchise consulting firm Accurate Franchising.

Shoprite, however, also has up to 418 franchise outlets, but these are not in Nigeria. Its OK Franchise Division, existing in South Africa, Namibia and Swaziland, franchises “five different types of retail formats (OK Foods, OK Grocer, OK MiniMark, OK Express & Sentra), a liquor outlet (OK Liquor) and a wholesale outlet (Megasave)”. 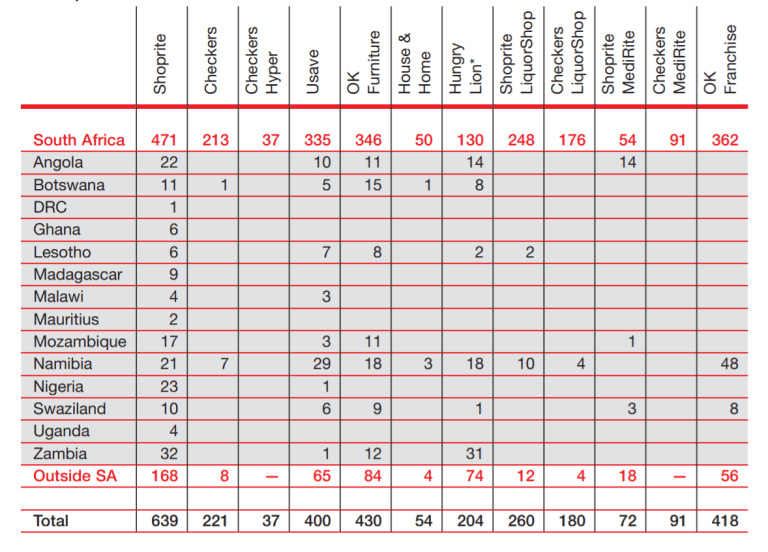 1.5 per cent of Shoprite staff in Nigeria

While Shoprite generally employs 147,478, over 2,000 of these are staff in Nigeria. The local subsidiary states that 99 per cent of its workers are Nigerian citizens and it has built a relationship with “over 300 leading Nigerian suppliers, small businesses, and farmers”.

Retail Supermarkets Nigeria Ltd is listed as an indirect subsidiary of Shoprite Holdings Limited in its financial statements of 2018, unlike some of its companies in South Africa and Mauritius. This was registered in Nigeria, according to the Corporate Affairs Commission, in 2004, and is based in Victoria Island, Lagos.

While it is incorrect to say Shoprite stores in Nigeria are owned and run by Nigerians, they are managed by an indirect subsidiary of the parent company. This means other individuals or corporate bodies have financial stakes in the venture.

It is also the case that Shoprite employs over 2000 people in the country, mostly Nigerians, and sells products from Nigerian farmers and local businesses.