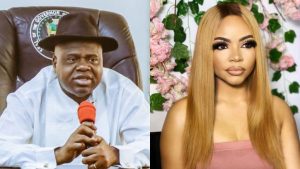 The Bayelsa state government has cleared the air on the recent appointment of former BBNaija housemate, Nengi Hampson as the face of the Bayelsa Girl Child.

The state government made this known on Tuesday following reactions after it appointed Ebizi Blessing Eradiri as the face of the Bayelsa Girl Child.

Eradiri was appointed face of the Bayelsa Girl Child after she graduated with a first-class from the Niger Delta University and Nigeria Law School.

Also, after the announcement of Eradiri’s appointment was made on Monday, Nengi took to her social media to pledge her support and promised to work together with the NDU graduate.

In a chat with BBC Pidgin, Daniel Alabrah, the Chief Press Secretary to Governor Douye Diri, stated that Nengi has not been removed or replaced.

According to him, Nengi and Eradiri will work together in promoting the Girl Child in the state.

“Nengi is from the entertainment sector and as such she can function perfectly there. While Miss Eradiri will function in the education sector. This is for them to inspire and encourage young women from the state. It is wrong for people to speculate and politicise everything,” he said. 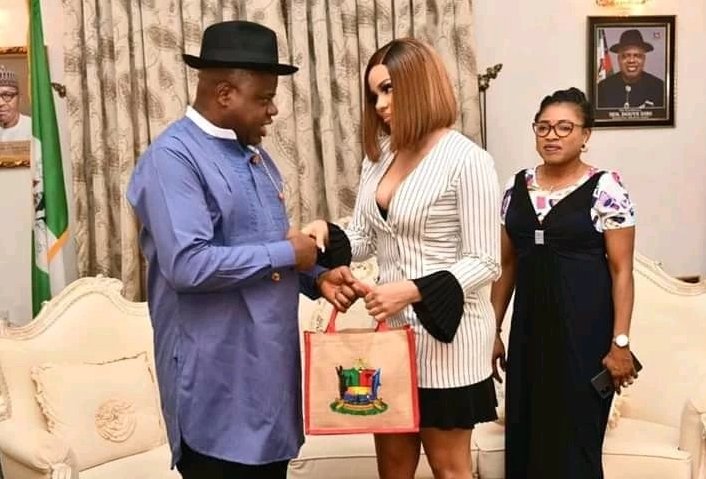 Alabrah’s statement is coming on the heels of the report that Nengi was replaced by Eradiri as the face of the Bayelsa Girl Child.

In November 2020, the reality TV star was appointed as the Special Assistant to the governor and the face of the Bayelsa Girl Child.

Meanwhile, Nengi has met with the first lady of Bayelsa State Gloria Diri after reports saying she has been replaced as the ‘Face of Bayelsa Girl Child’.

In a new development, the 23-year-old has now shared pictures of herself and Mrs Diri on Twitter on Wednesday.

“Had an amazing time as usual with my Mummy… Mrs Gloria Diri, Bayelsa State First Lady,” she wrote.