A new report by the cable news has revealed that the Peoples Democratic Party (PDP) used pictures all the way from Liberia to portray the bad state of roads in Nigeria.

According to the report, the PDP had shared the pictures alongside a statement in which it mocked Babatunde Fashola,minister of works and housing, over his comments on the state of Nigerian roads.

Of recent, Fashola had been in the news over his claim that Nigerian roads arent as bad as they are portrayed to be.

Many Nigerians had become infuriated with the statement accusing the minister of downplaying the situation on purpose.

In a posted on its official Twitter handle, the PDP shared two pictures of bad roads and another of Fashola, apparently to help drive home the point of the “sorry state” of Nigerian roads.

The PDP then asked the minister to resign and apologise to Nigerians over the comment.

Through it twitter page, the party noted that Many Nigerians knows that most of the major roads in the country are very bad and in life threatening conditions.

The party said:
“The comment by the failed Minister of Works is therefore highly provocative and capable of invoking the anger of Nigerians, because it shows that either he has not been going through our roads and as such not in touch with reality or he has exposed himself as false-hearted official.”

Checks by TheCable showed that the pictures are not from Nigeria but of two different roads in Liberia. 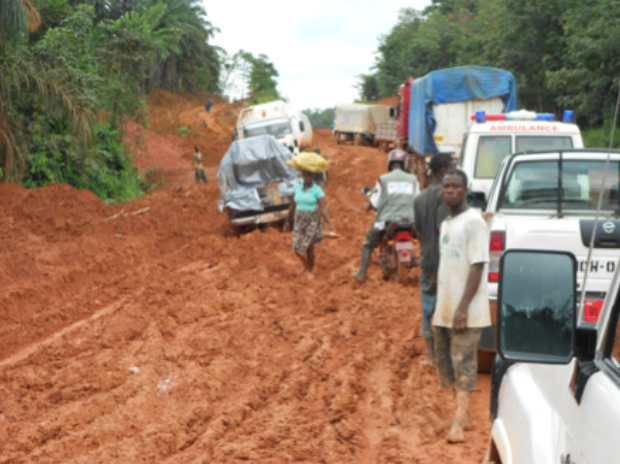 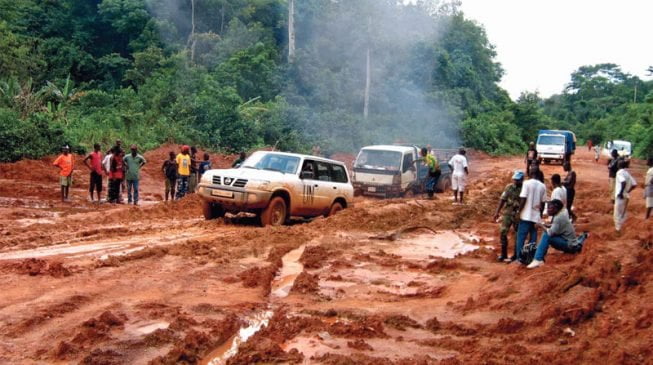