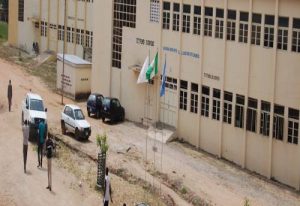 Adamawa State Polytechnic, Yola, has relived four of its lecturers of their duty after it was discovered that they were responsible for modifying student’s result and also issuing untrue result to others who were not present for the examination.

The alleged report made available to newsmen by the Public Relation Officer of the institution, Albert Matila, claimed that the lecturers were discovered to have altered results of about 727 students on different courses.

It was further revealed that the lecturers also issued fake results to some ‘ghost students’ who did sit for the examination.

Naija News understands that the school management terminated the appointment of the culprits at its 140th meeting, though their names were not made public.

The announcement of their job termination was made on February 19, 2020, during the management meeting.

Reporting earlier, a part-time lecturer at the University of Lagos, Akoka, Afeez Baruwa, has been sentenced to 21- year imprisonment for raping an 18-year-old girl admission seeker.

Justice Josephine Oyefeso of an Ikeja High Court convicted Baruwa of a one-count charge of rape brought against him.