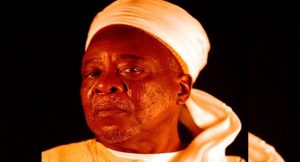 The dead has been reported of former Kwara State Sharia Court of Appeal Justice, Abdkadri Orire.

His demise was confirmed in a condolence message by the state governor, AbdulRahman AbdulRazaq, Naija News reports.

Though the cause of the pioneer Grand Khadi was not made public, this online news platform understands he died at the age of 87.

Governor Abdulrazaq while commiserating with the family of the deceased, described him as “an exemplary leader who distinguished himself as an erudite legal scholar, researcher, Muslim community leader, and development activist.”

He also extends his expression of pity with Mai Martaba the Emir of Ilorin Dr. Ibrahim Sulu-Gambari, the Ilorin Emirate Descendants Progressive Union (IEDPU), and the entire state over the death of a man who has served the state in his area of specialization between 1975 and 1999.

The governor’s statement read; “Today, our state lost of one of its finest jurists, a founding father, and indeed a national statesman, retired Justice Abdul Kadir Orire (CON), who was the pioneer Grand Khadi of the Kwara State Sharia Court of Appeal between 1975 and 1999. He died at the ripe age of 87.

“With total submission to the will of Almighty Allah who is the giver and taker of life, I join all our people in Ilorin and across Kwara and Kogi States to mourn the passing of this exemplary leader who distinguished himself as an erudite legal scholar, His roles in the founding of the University of Ilorin and other great institutions stand tall for posterity. Baba would be sorely missed!

“My special commiseration goes to the immediate and extended family of Justice Orire who would carry on the great legacies of the great Islamic leader and jurist.”

In another news, the Worldwide Leader of the Yoruba global movement, Ilana Omo Oodua, Prof Banji Akintoye, on Wednesday, accused Presidency of initiating a very dangerous doctrine of governance in Nigeria.

This is coming after the Presidency in a statement released through Garba Shehu, condemned the vacation order of Governor Rotimi Akeredolu asking herdsmen to vacate forest reserves in the state, Naija News reports.