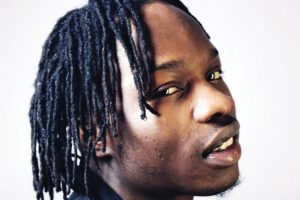 Nigerian controversial Singer, Naira Marley as has said on his twitter page that one will always assume people are sane but that when you related and get to understand them, you finally find out that it is the otherwise. The singer who posted on his Twitter account said that “Everyone gives the impression of being normal until you get to know them.”

Everyone gives the impression of being normal until you get to know them.

It could be recalled that Naira Marley on Thursday posted on his Twitter handle advising Nigerian Youths saying, “Our only job as a youth is to fight corruption but we just don’t know it yet.”

Naija News observed that the ‘Tesumole’ crooner since a few days ago, following a discussion on ‘YourView’, a popular TV show TVC, has seemed to turn a new leave.

This media understands that Naira Marley’s ‘Marlians’ movement was made a topic of discussion on the TV show, noting how he has influenced Nigerian Youths negatively with his style of music over the years.

Many Nigerians who called on the show noted that Naira Marley, for the fact that he is happily married, have a good educational qualification and holds a UK citizenship, he has negatively influenced many Nigerian youths with his songs and dance steps.

However, some opined that Naira Marley in their own view was just passing across messages in his songs on the things happening across the country.

A few days after the show, the singer posted on his twitter saying “As a Marlian u have to enjoy your youth but don’t destroy your future.”

As a Marlian u have to enjoy your youth but don’t destroy your future.