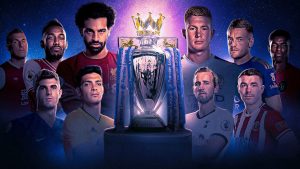 The 29th season of the Premier League campaign was initially scheduled to start on August 8 but was forced to be delayed due to the coronavirus pandemic.

Liverpool will go into the season as defending champions and will be joined by Leeds United, West Brom and Fulham following their promotion from the Championship.

Liverpool will face newly-promoted Leeds United on the opening weekend of the 2020/21 season but both Manchester City and Manchester United will sit out the first round of fixtures.

Instead, Manchester City’s first game will be at Wolves on September 19, while Manchester United play Crystal Palace at Old Trafford on that same weekend.