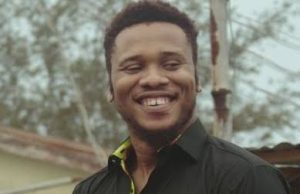 The aftermath of the #EndSARS protests hasn’t seized, as the Nigerian Police proceeded to arrest one of the promoters of the protest yesterday.

Eromosele Adene, one of the promoters of EndSARS protests, in a series of tweets on Saturday, raised alarm about an invasion in his home by unknown agents.

According  to him, the invaders harassed his sister and mother, adding that he could not make a video of the incidence because he was tweeting from a laptop device.

“The federal government of Nigeria are about to ‘arrest’ me for exercising my human rights! Their guns are out and they have broken my gates and are in my house,” he tweeted.

Hour later, it was reported by Omoyele Sowore, convener of the #RevolutionNow movement that Adene, an #EndSARS activist was arrested and taken to the office of Hakeem Odumosu, the state commissioner of police.

He added that the police has refused to grant Adene access to lawyers and his family members.

“Police teams today invaded the home an activist, Eromosele Adene in Ikeja area and abducted him, he was ferried to the CP’s office, Hakeem Odumosu where remains incommunicado, denied access to lawyers and concerned family members. Tyranny will not win!” he tweeted.

The Lagos police command had hinted a clampdown on protesters in the state.

Attempts to reach Adene proved abortive as messages sent to him are yet to be replied.

Muyiwa Adejobi, the police public relations officer in Lagos, could not be reached for comments as he didn’t respond to calls and a text message sent to him remains unanswered.