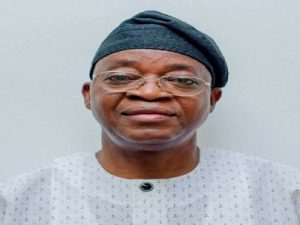 This, according to the state government, was to check the dangerous dimension the #EndSARS protest has taken in the state while the government is bound to protect the lives and properties of citizenry.

A statement signed by the Secretary to the State Government, Prince Wole Oyebamiji on Tuesday evening stated events in the last 48-hours has shown that the real protesters have failed to take over the protest, even after the attack on the state Governor last weekend.

It stated that only those on essential duties shall be permitted, upon proper identification, to move around during the curfew period.

The statement reads, “The Osun Stste Government note with a high sense of responsibility the unfortunate dangerous dimension the #EndSARS protests have assumed across the country, particularly in the South West States.

“In our dear State, but for providence, the Governor would not have been alive to preside over today’s security meeting following the attempt on his life last Saturday.