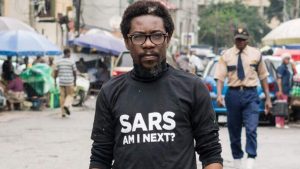 15 people have allegedly been killed, since the recent #EndSARS protests started, Amnesty International has claimed.

For more than a week, Nigerians have being protesting against police brutality and constant abuses  by Nigeria police’s notorious Special Anti-Robbery Squad (SARS).

The protest led to the scrapping of the unit by the    inspector-general of police, Mohammed Adamu who replaced the unit with another called Special Weapon and Tactics Team (SWAT).

However, the protest has snowballed into calls for sweeping changes in the West African powerhouse.

According to AI, one person died in the northern city of Kano on Monday while four others died in Benin City, Abuja and Osogbo over the weekend, Amnesty spokesman Isa Sanusi told AFP.

A week after the protest started, a death toll of 10 last Thursday, was recorded.