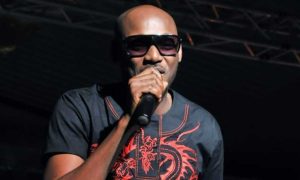 Legendary Nigerian musician, 2baba, has reacted to the suit filed against him and 49 others for supporting the protest against police brutality and bad governance.

Naija News had earlier reported that an activist identified as Kenechukwu Okeke, filed a suit at the Federal Capital High Court in Abuja, FCT.

Okeke in the suit noted that the defendants used their twitter accounts to conspire amongst themselves to “commit misdemeanor, to wit promoting or acting in such a manner with intent to assist in the promotion of an unlawful assembly under the guise or composition of #EndSARS”.

Okeke claimed that the offence was punishable under Section 97 (2) of the Penal Code Act, C53 Laws of the Federation of Nigeria, 2004.

The award-winning singer while reacting to the development through his manager, Efe Omorogbe, described the suit as a mere social media trend.

He further stated that they will not act on the law suit until they receive a summon.