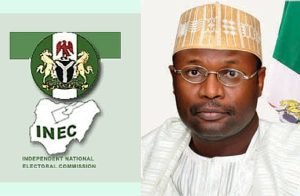 Naija News reports that the election results of the 3 LGAs show that Governor Godwin Obaseki, the candidate of the Peoples Democratic Party (PDP), is leading Osagie Ize-Iyamu, his rival in the Edo governorship election on the platform of the All Progressives Congress (APC), Nigeria’s ruling party.

According to the results announced by the Independent National Electoral Commission (INEC) so far, the PDP candidate is leading with over 13,000 votes. As of 12:45 am on Sunday, INEC had declared results in three local government areas.

The total votes of the candidates in the three local government areas shows that PDP has 32,143 while the APC has 18,477 votes, leaving a margin of 13,666 votes.

Meanwhile, Naija News reports that the Edo election results were still being collated across LGAs in the state as of the time of filing this report.