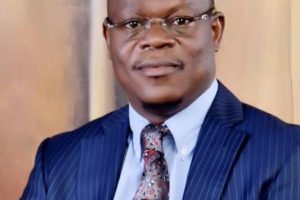 The Senate Spokesman, Senator Ajibola Basiru has berated the statement attributed to the  Director-General of the Progressives Governors Forum (PGF), Salihu Lukman which took a swipe at the way and manner All Progressives Congress (APC’s) Governorship campaign in Edo State.

Basiru, who is also the Chairman Senate Committee on Media and Public Affairs Committee,  while speaking on Monday asked the Governors in the party to call  Lukman to order. He also told Lukman to keep his mouth shut from making discouraging remarks about the party.

The Senate spokesman reminded the DG that the same Oshiomhole led Governor Godwin Obaseki by the nose and campaigned vigorously for him to become governor four years ago.

“It is disturbing for a progressive to take the position of Salihu berating your own party publicly as ‘beating the drums of war’ and so awarding conceding victory to your opponent before the actual contest.

“The view of the DG that Pastor Ize Iyamu is an on looker in his own election is also not correct because Iyamu is sufficiently popular and had been in political limelight in the state for many years. In fact we fought ‘tooth and nail’ to defeat him in the last election,” he added.

However ,in a related development,