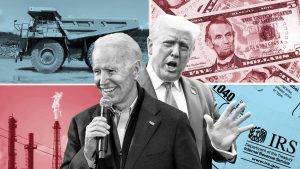 United States President Donald Trump has said he will not attend the inauguration of President-elect Joe Biden on January 20, 2021.

“To all of those who have asked, I will not be going to the Inauguration on January 20th,” Trump wrote on Twitter on Friday.

To all of those who have asked, I will not be going to the Inauguration on January 20th.

Trump on Thursday finally recognised Joe Biden as the President-Elect of the United States after encouraging his supporters to go to Capitol Hill during a heated speech where he claimed the US elections was stolen.

After the violent storming of the Capitol by his supporters who delayed Joe Biden’s certification by Congress and which claimed the lives of five people.

A day after many of his supporters turned their backs on him, Donald Trump has finally recognized, for the first time since the November 3 election, that Joe Biden will be President of the United States on January 20.

“Even though I totally disagree with the outcome of the election, and the facts confirm it, there will nonetheless be an orderly transition on January 20,” said Donald Trump.

“A new administration will be sworn in on January 20, and I will now focus on making sure the transition is orderly,” he added.

In the video released Thursday night, the president read a statement from a teleprompter.

Donald Trump’s tone was completely different from that of the fiery speech he had delivered the day before to the thousands of demonstrators gathered in the morning at the Ellipse, south of the White House.

The outgoing president strongly condemned the rioters who entered the Capitol to sow chaos the day before.