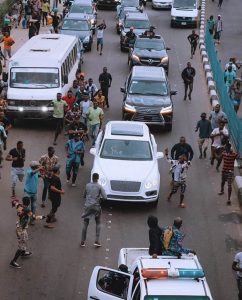 David Adeleke, the Nigerian superstar musician popularly known as Davido caused a little bit of a stir on the streets of Lagos when he visited MC Oluomo.

Davido is understood to have visited Oluomo at his hotel along with his 30BG gang.

As his motorcade made its way through the streets of Lagos, many of his fans and followers who quickly noticed their idol, followed the convoy on foot.

Naija News understands they ran after his car from Bolade down to Shogunle and all the way before he turned towards GRA.

As he made his way towards his host, Davido gave out money to residents of Oshodi who shouted his name excitedly.

Speaking on Davido’s visit, MC Oluomo said: “Davido and his team made a complimentary visit to my hotel.”

MC Oluomo, whose real name is Musiliu Akinsanya is the Chairman of the Nigerian Union of Road Transport Workers (NURTW) in Lagos State.

See some of the photos from the visit: 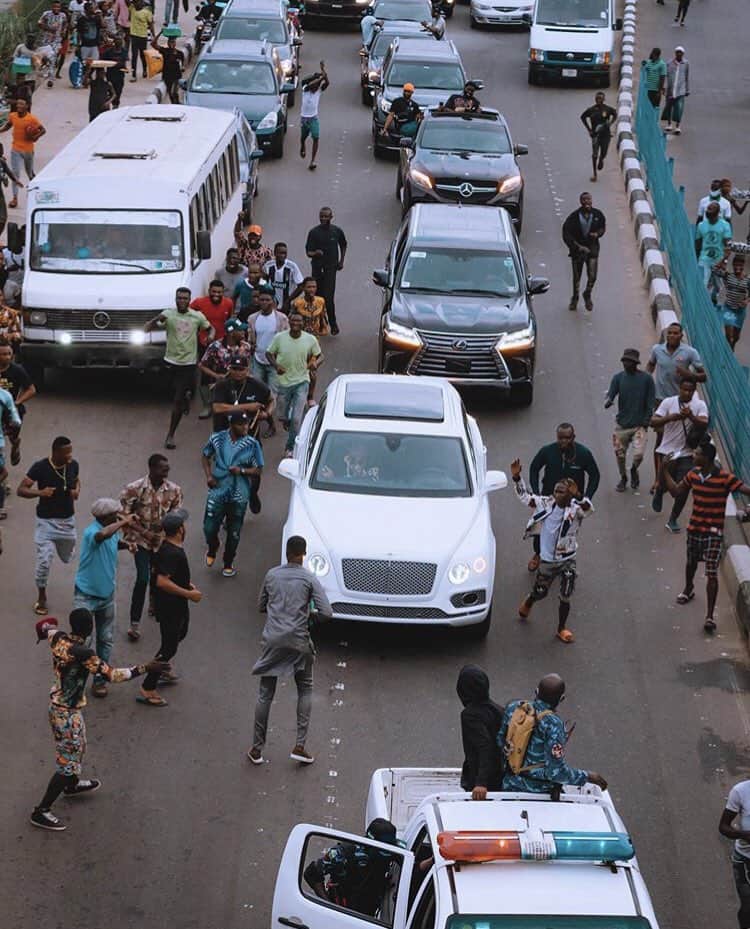 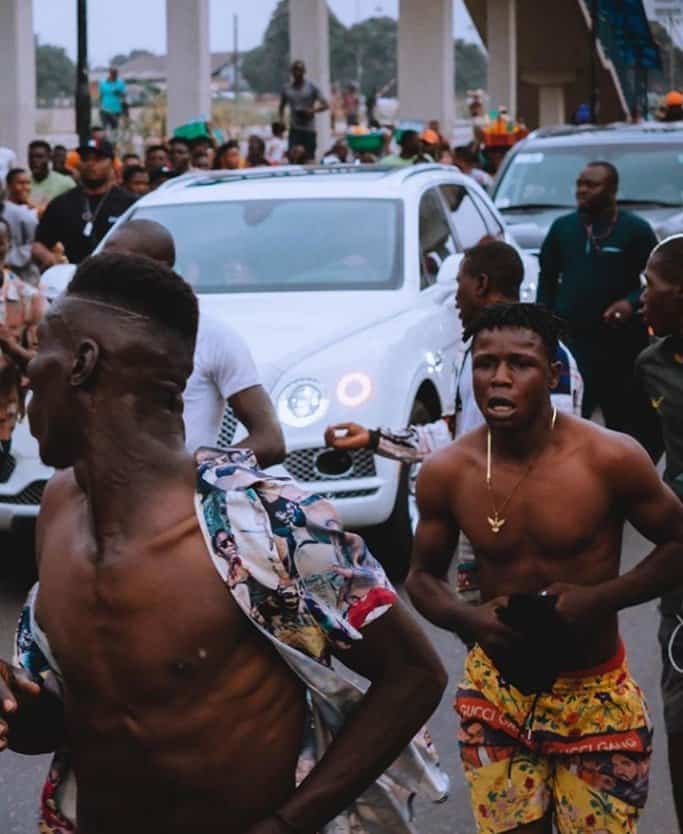 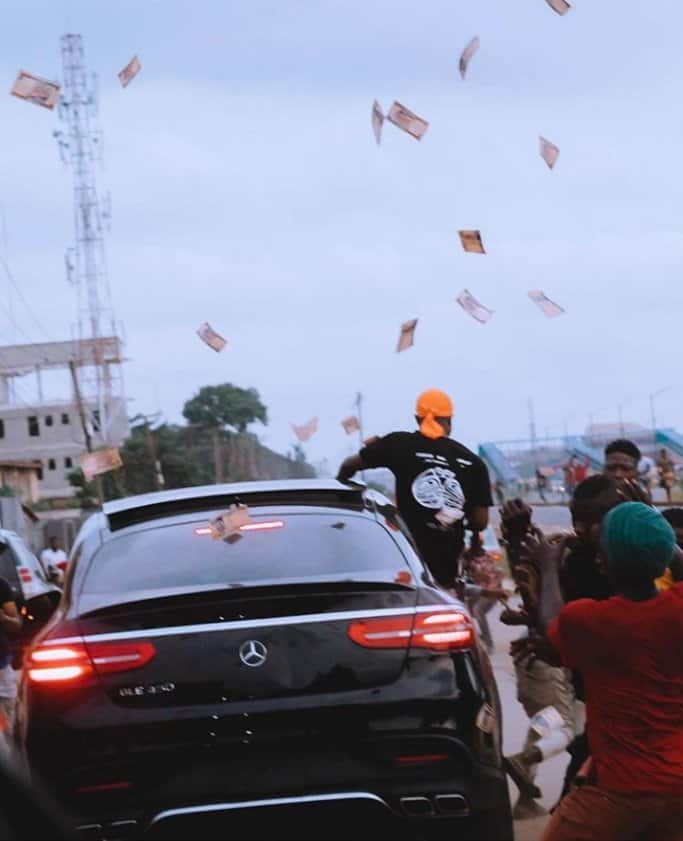 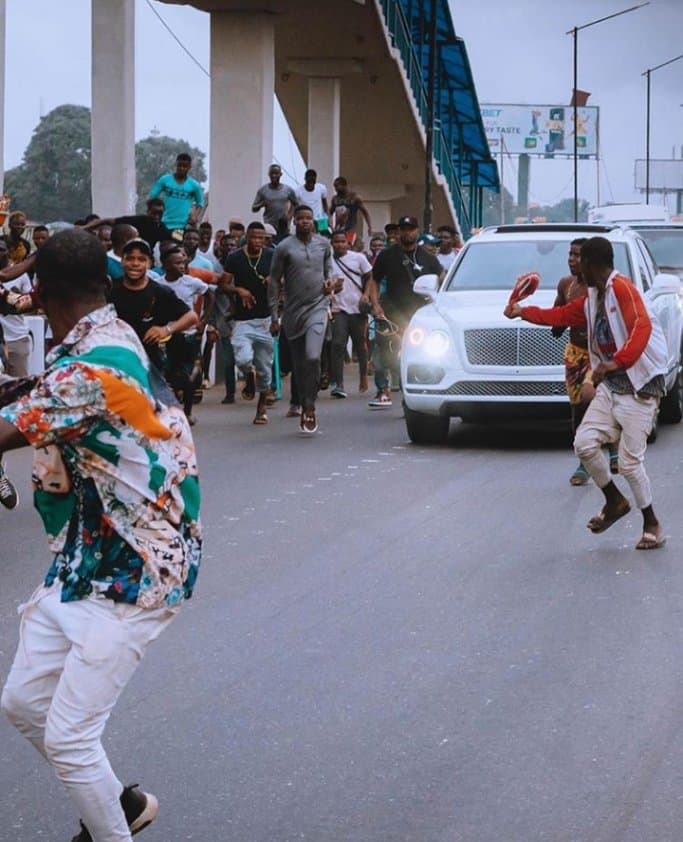 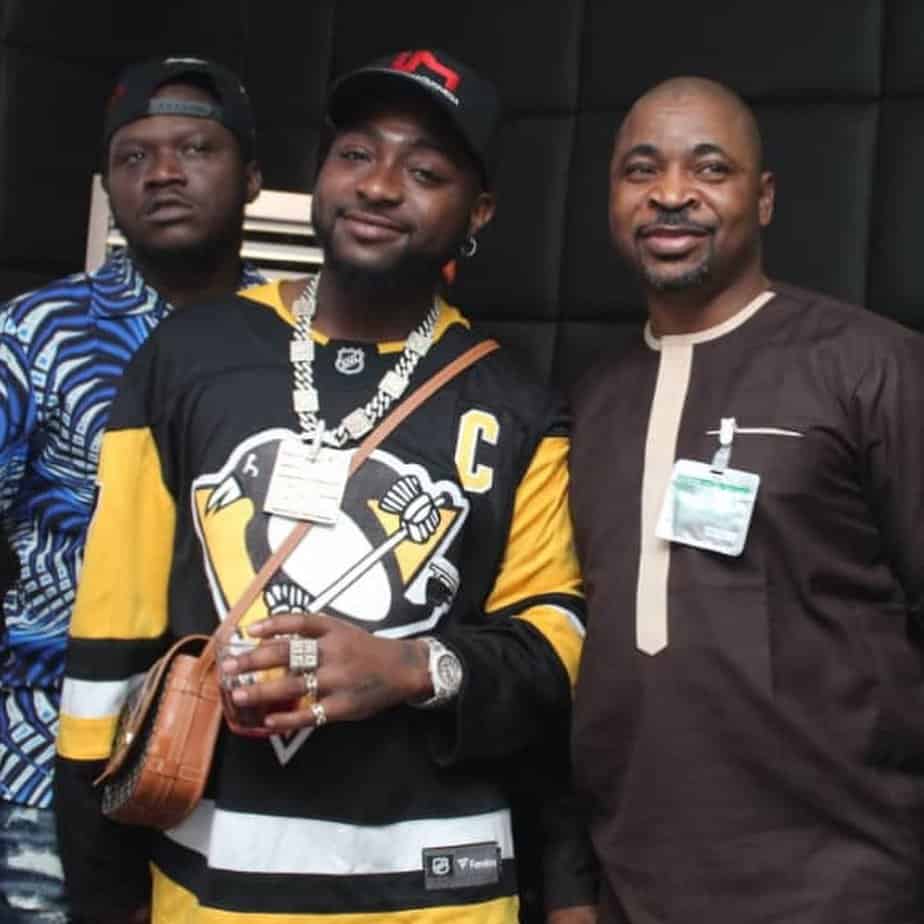