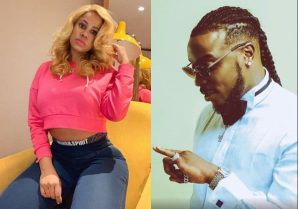 Weeks after Nigerian singer, Peruzzi was accused by his former record label boss Anyaene Patrick of joining DMW while he was still signed to his label, the singer is in the news again.

This time, UK-based singer, Daffy Blanco has accused Peruzzi of trying to rape her.

She said this happened when they met after she asked Peruzzi to write songs for her following the recommendations of her friend who is a Bank CEO in Victoria Island.

Blanco claimed on her Instagram page that she made an upfront payment of N10m to him.

She added that their meeting was a nightmare which caused her emotional trauma, revealing that she sustained a scar on her thigh as a result of the alleged-near-rape incident by Peruzzi.

In a now deleted post, Daffy Blanco also shared audio clips to back her claim. 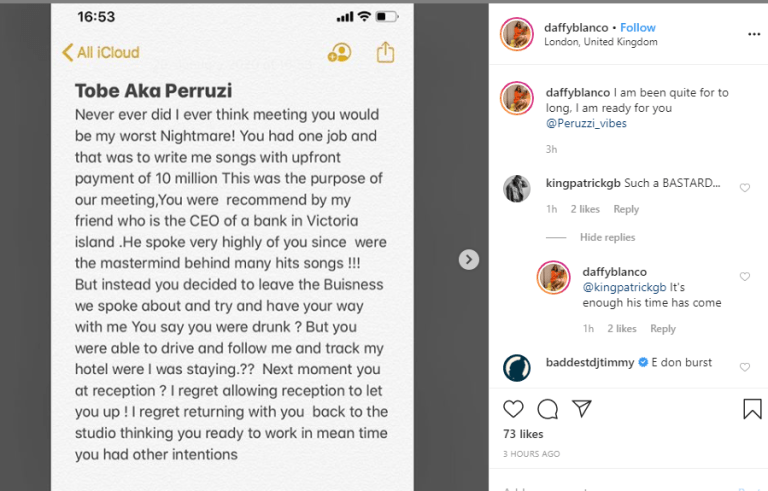 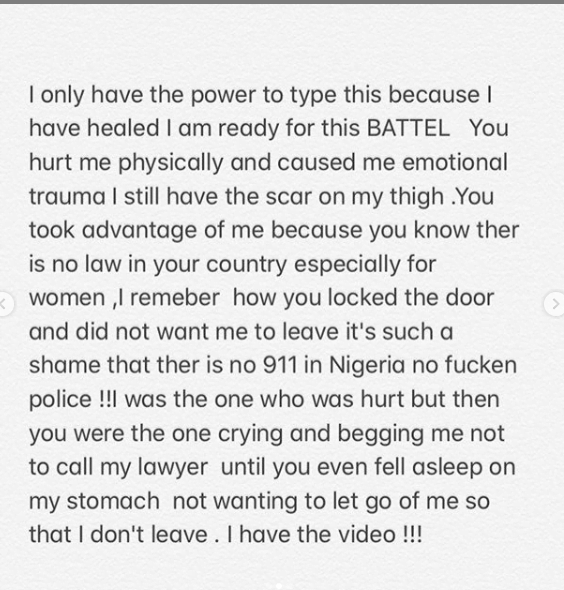 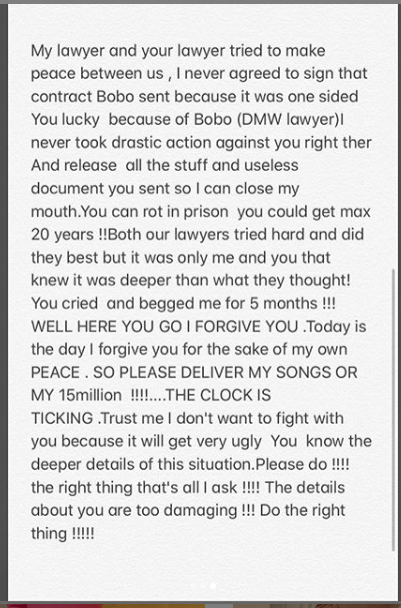