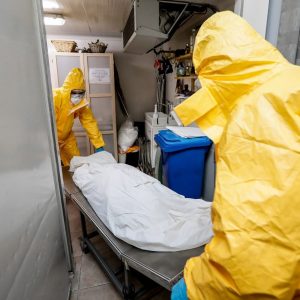 Nigeria has been excluded as Saudi Arabia on Tuesday released a list of 20 countries ban from entering the oil-rich nation in a bid to curb the spread of COVID-19.

Naija News reports that the interior ministry announced the “temporary suspension” would be effective from 9.00 pm (1800 GMT) on Wednesday, according to the official Saudi Press Agency.

The ban applies to neighboring Egypt and the United Arab Emirates, and in the wider region, to Lebanon and Turkey.

The Arabia country stated that diplomats and health workers coming from those countries will be allowed to enter the kingdom “in accordance with the precautionary measures”, it added.

The Kingdom has reported more than 368,000 coronavirus cases and nearly 6,400 deaths, the highest among Gulf Arab states.

Daily infections dipped below 100 in early January, from a peak of nearly 5,000 last June.

However, new daily infections have tripled since then, with 310 cases reported by the health ministry on Tuesday.