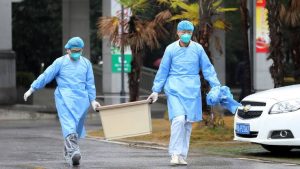 In the video, people who have been affected are seen collapsing as other people with face masks including Medical doctors rush to help.

The video’s authenticity which is being widely circulated on social media isn’t yet verified.

Also, not clear is where or when much of the footage was taken, though all of it appears to come from China.

The city of Wuhan housing some 11 million people, where the disease is centred has been on total lockdown, with roads blocked, trains cancelled and airports closed following the coronavirus outbreak that has killed at least 28 people and infected over 800 worldwide.

See pictures and video below: 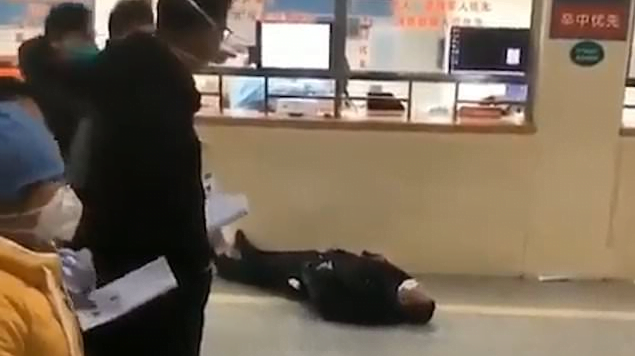 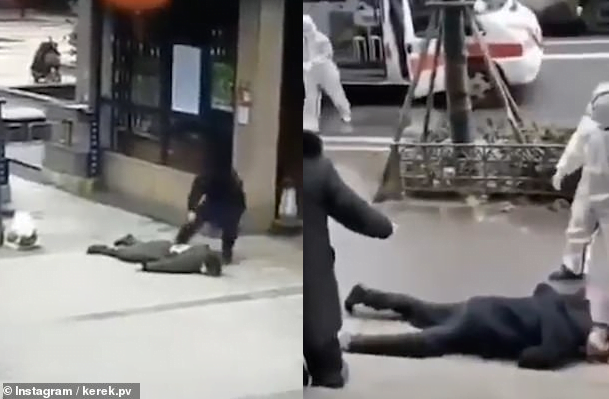 . No fever, No cough！！The patient fainted directly on the ground! Five cases have appeared in a certain district in Wuhan, and were towed away by medical staff after discovery. The virus has mutated, becoming more covert and harder to detect! #SARS #wuhan #WuhanPneumonia #bat #rat . 不發熱，不咳嗽！！！ 病發直接倒在地上！武漢某小區已經出現5例，發現後被醫護人員拖走。 很大概率病毒已變異，病癥變得更隱蔽，更難探測！ 紅杏請求：武漢政府增加病人收容處請求中國各地支援武漢 . Twitter: 2018you333 .

Believe In Your Strength

Spread the word to the world, raise awareness about HK through Twitter

Say NO To Concentration Camps In China

#Uyghur . Hong Kong protesters are faced with all kinds of suppression, Police Violence, Triads and Pro-China attacks, but we will Not Give Up! STAND WITH HK

Whether HKers Win or not, Please SPREAD our S.O.S.

#hkpolicestate #hkpolicebrutality #hkpoliceterrorism . Do you still have to go to work as usual？ Hong Kong People Strike

The situation in Hong Kong is VERY URGENT

Please spread across the world